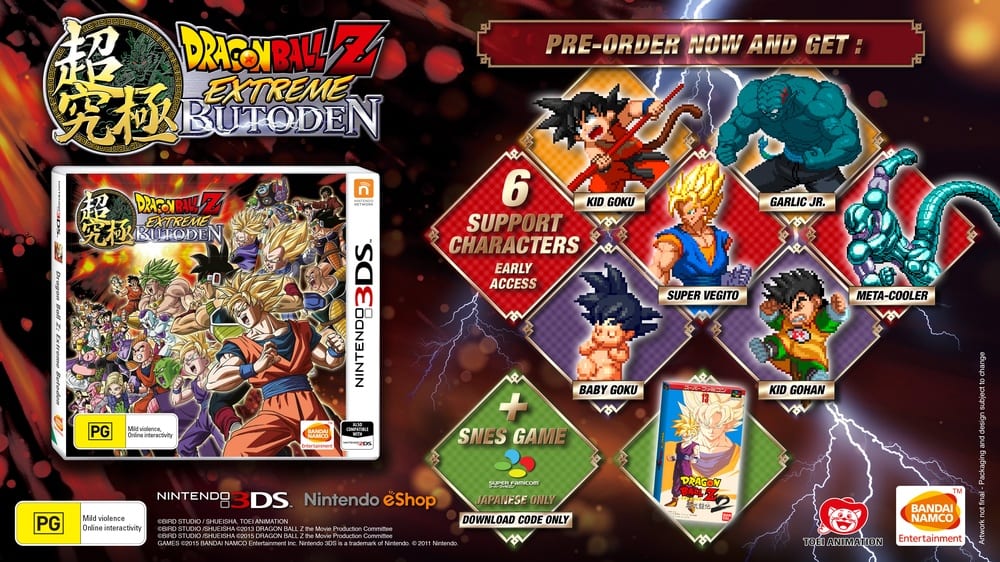 With only a couple of months to go until they launch Dragon Ball Z: Extreme Butoden on the Nintendo 3DS, Bandai Namco Entertainment Australia have laid out what they have to offer those who pre-order the game.

Those who pre-order the game will receive early access to six support characters: Kid Goku, Garlic Jr., Super Vegito, Meta-Cooler, Baby Goku and Kid Gohan. Perhaps a bit more notable to fans of the series will be a digital download code for a copy of Dragon Ball Z: Super Butoden 2, available as a SNES Classic title. This downloadable game will ONLY be available in Japanese however, having seemingly never been localised into English.