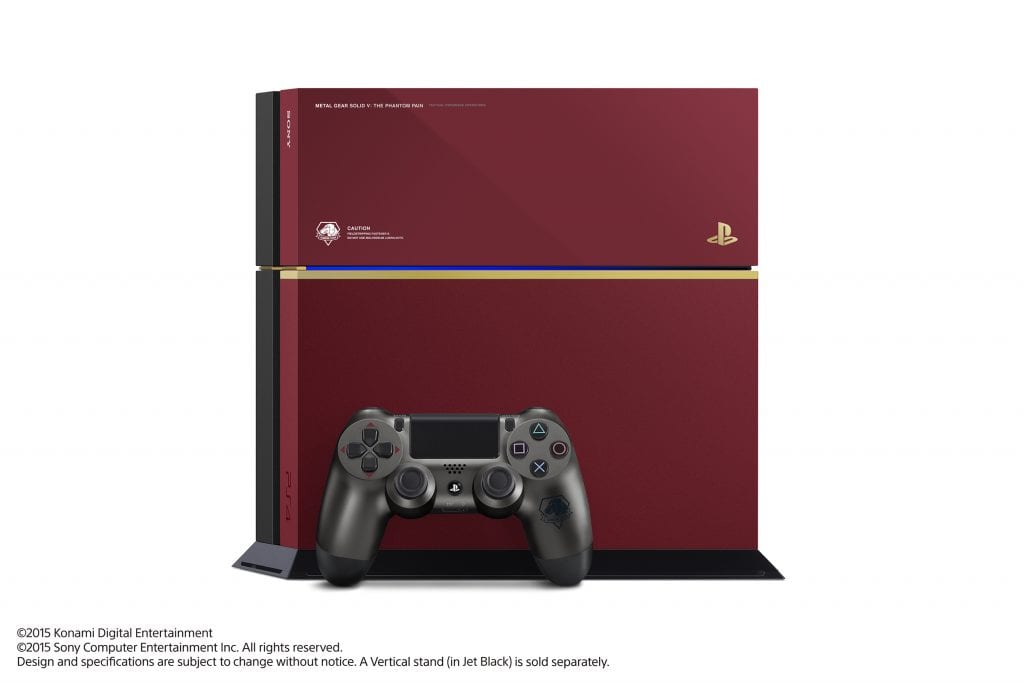 Sony Computer Entertainment Australia and Australian publisher Mindscape have today announced they will be offering something a little bit special for those looking to purchase a PlayStation 4 alongside a copy of Metal Gear Solid V: The Phantom Pain, or are just after something collectible.

It has been confirmed that a Limited Edition PlayStation 4 bundle will be offered for Metal Gear Solid V: The Phantom Pain when it launches on September 1st 2015. This bundle will include a 500Gb PlayStation 4 console and Wireless Dualshock 4 controller, both of which will have a special MGS design, and a copy of Metal Gear Solid V: The Phantom Pain’s Day 1 Edition.

The PlayStation 4 unit included in the bundle comes in a special deep red color with gold line detail, inspired by the look of Snake’s “Bionic Arm.” The controller on the other hand will be metallic grey in colour, resembling the handgun held by Snake. Both devices will also feature the unit emblem of Diamond Dogs, a private military organisation led by Snake.

It is currently unknown if Sony Computer Entertainment will offer a similarly themed controller or console as standalone without the MGSV decals at a later date. Compared against the standard Black and White models, the maroon colour is distinct, and one I think should be considered for use with standard console purchases in the future.