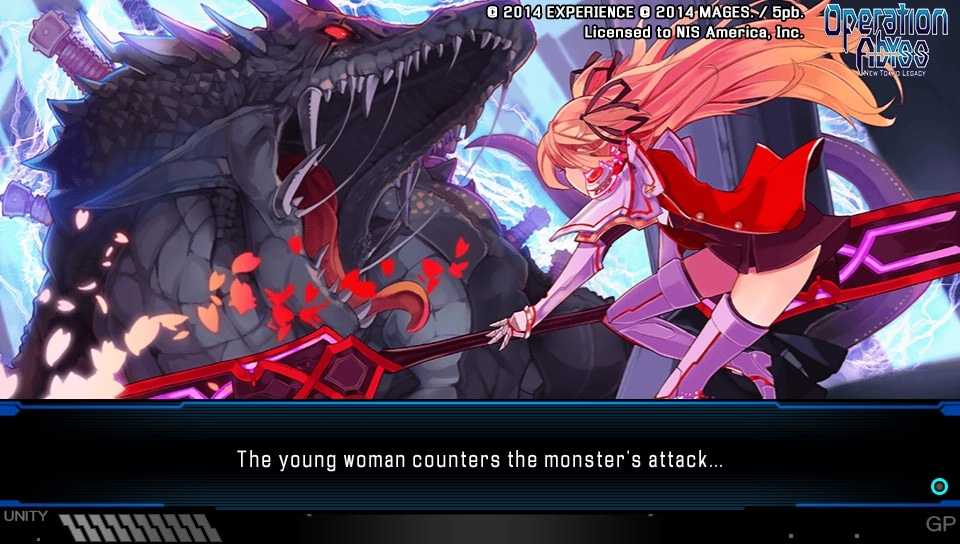 For the first time in quite a while, Nippon Ichi Software America have opted to release a video game in PAL regions prior to its North American release. The localiser/publisher have confirmed that Operation Abyss: New Tokyo Legacy is now available for purchase in Europe (and Australia/New Zealand in the very near future) via both retail and digital channels.

Operation Abyss: New Tokyo Legacy is a new dungeon-crawling RPG developed by the Japanese studio Experience, who previously developed Demon Gaze (Published internationally in 2014). The game is set in a near future sci-fi Tokyo, which is under the constant threat of Variants – genetically engineered monsters – and the emergence of portals leading to a mysterious dimension known as ‘The Abyss’. To counteract the threat posed by this, the Government establishes the Code Physics Agency and The Xth Squad to deal with these issues. You take control of the Xth Squad, a unique group of teens modified by the CPA’s Code technology, as they investigate the Abyss and all that lurks within it.