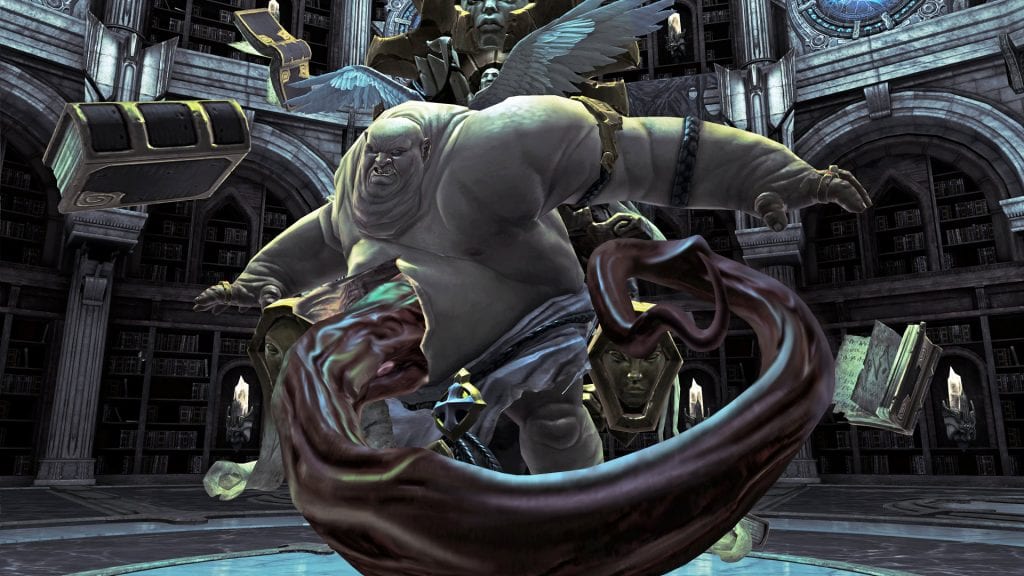 Nordic Games and Gunfire Games have announced that they will be giving Darksiders 2 another chance to shine on the market with a brand new “Deathinitive Edition”. Although a definitive list of supported platforms has yet to be provided, the game is currently in the works for “current-gen console”. While development is in the hands of a new company, purportedly nearly all the staffers at Gunfire Games have previously worked at Vigil Games and on Darksiders in the past.

The Deathinitive Edition will be a visually updated version of Darksiders 2, including all DLCs (Maker Armor Set, The Abyssal Forge, The Demon Lord Belial, Death Rides, Angel of Death, Deadly Despair, Shadow of Death, Mortis Pack, Rusanov’s Axe, Van Der Schmash Hammer, Fletcher’s Crow Hammer, Mace Maximus, Argul’s Tomb) and running in native 1080p resolution. This will be in addition to the graphic upgrades, adjustments to the game balancing and loot distribution improvements which have been made.

We took over the franchise roughly 2 years ago and thought about the next chapter for Darksiders ever since then. Naturally (and extremely excitedly!), there will be a large-scale project based on Darksiders, but for now it is very important for us to take care of the existing games and make those available to a broader audience. Bringing Darksiders 2 to current gen was a logical step for us and the team at Gunfire Games know their trade inside-out, so we easily and quickly had lots of ideas that we wanted to realise for this specific edition.

It feels good to be working on Darksiders again, after a couple of years of hiatus. This project is a great opportunity for us to pick up where we left off two years ago and dig deeper into the game, which is close to all our hearts. Bringing the definitive Darksiders 2 experience to life is something that we hope a lot of people will enjoy and look forward to.