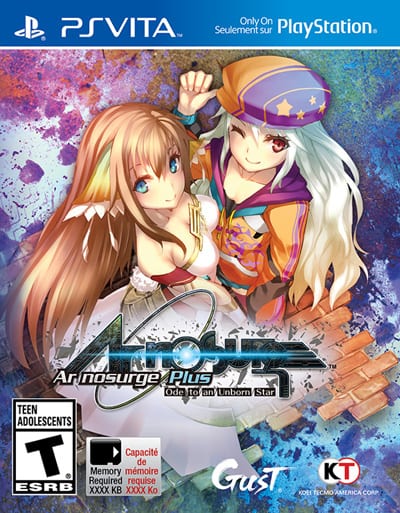 Back in September 2014, I was fortunate enough to have an interview with Akira Tsuchiya, the director of the Surge Concerto series including Ar Nosurge: Ode to an Unborn Star. In my Q&A, I posed the question about a potential release of the game’s enhanced PlayStation Vita port – Ar Nosurge Plus – internationally. He responded:

If people who play Ar nosurge enjoy it enough to request the Plus version, then definitely I think we could release it overseas. So I hope that many people will play the game, and provide us with a lot of feedback.

It turns out that the demand was there, as Koei Tecmo have confirmed they will be releasing Ar Nosurge Plus: Ode to an Unborn Star internationally starting July 2015. This edition is a remake of the original game, featuring new costumes, new “purification” partners, updates/balancing, a fully featured tutorial and some DLC available in the previous version pre-loaded and available at no additional charge.

While Koei Tecmo Europe seem to just be doing a standard release, Koei Tecmo America are teaming up with Nippon Ichi Software America to produce a special Limited Edition set. This set will include:

Ar Nosurge Plus: Ode to an Unborn Star is set for release in PAL regions starting July 1st 2015, with the North American edition available one day later on July 2nd 2015.