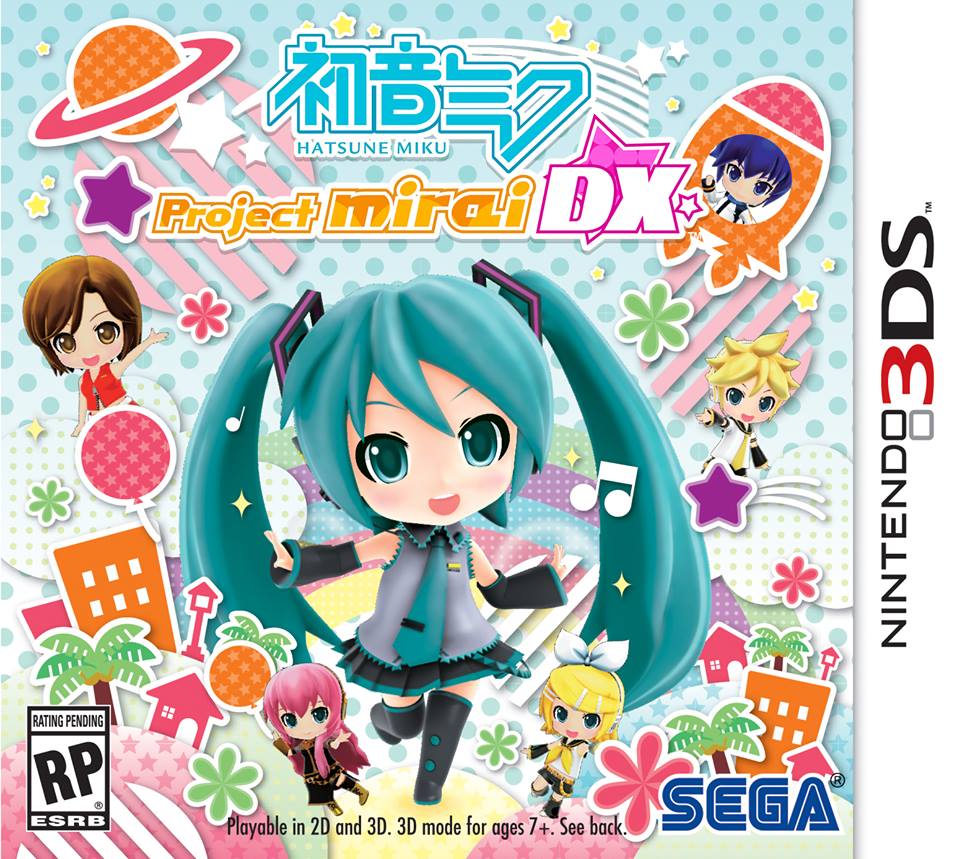 Sega have confirmed that the 3D rhythm game Hatsune Miku: Project Mirai DX will be available on store shelves and the Nintendo eShop on May 26th 2015 in North America. This will be before anywhere else in the world, with a Japanese/Korean release to follow on May 28th 2015 and a PAL release the day after on May 29th.

Aside from the change in console, one of the major differences between Project Diva and Project Mirai pertain to the visuals. Instead of adopting realistic character models, Project Mirai sees each Vocaloid character taken on an appearance reminiscent of Good Smile Company’s Nendoroid figures. With all characters from Project Diva making a reappearance (Hatsune Miku, Kagamine Rin, Kagamine Len, Megurine Luka, KAITO and MEIKO), they will sing and dance their way through a total of forty-eight songs and a variety of different modes.