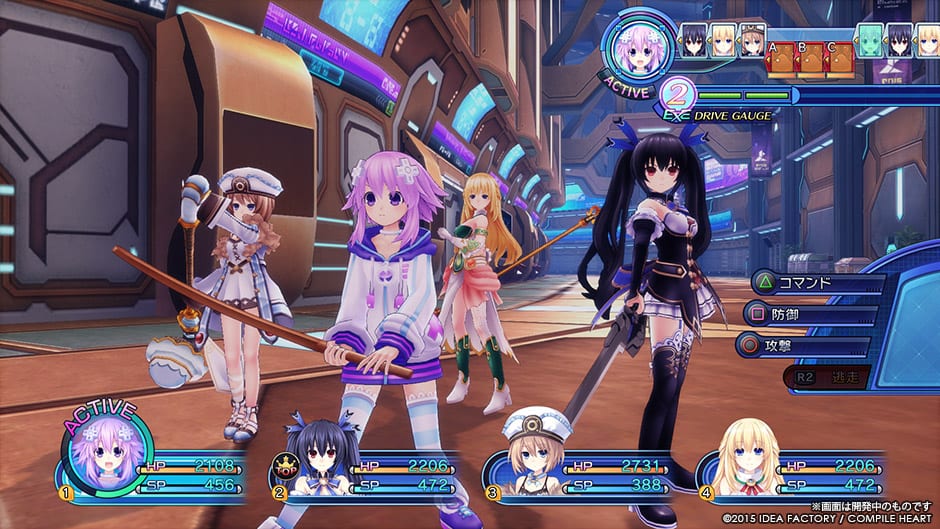 Unlike all other games in the franchise which have either been released on the PlayStation 3 or PlayStation Vita (or more recently, a port to the PC via Steam), Hyperdimension Neptunia Victory II is headed to the PlayStation 4. While they have clearly tried to retain the visual style of past games, the character models and environment designs certainly seemed to have received a quality improvement.

No international release plans have been finalized for Hyperdimension Neptunia Victory II, however it will likely be published by Idea Factory International in the future.