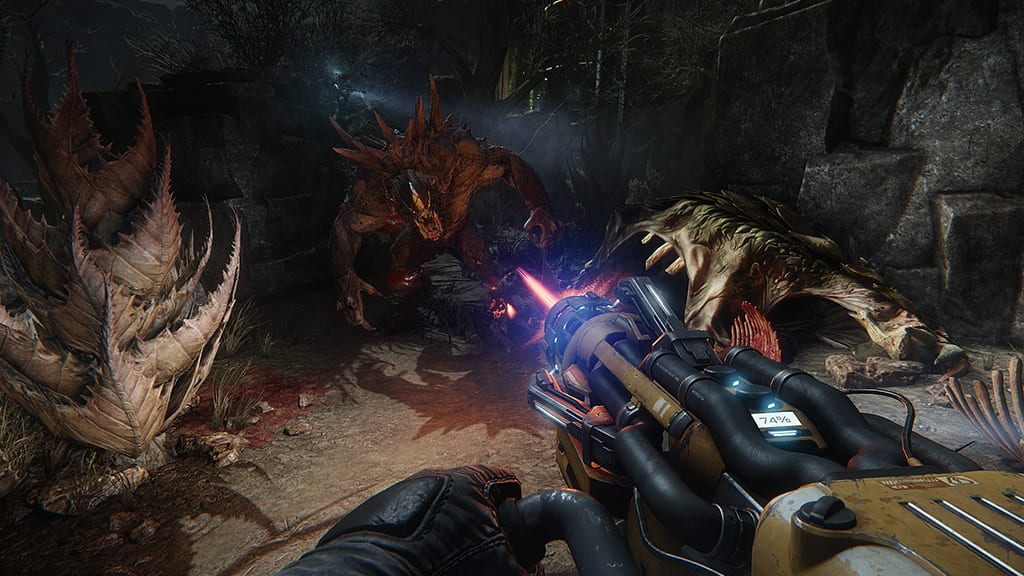 2K Games have been promoting Evolve’s “Big Alpha” event as one of the biggest non-MMO tests of the year, and across the Xbox One, PC and PlayStation 4 platforms; they have been passing out registration codes left, right and center. Unfortunately not everything has gone to plan, and the recent 2.0 update for the PlayStation 4 has meant that there are difficulties getting Evolve to work on the console. Therefore, the PS4 test has been postponed while 2K, Turtle Rock Studios and Sony Computer Entertainment work together on a resolution.

An official statement has just been provided:

2K, Turtle Rock Studios and PlayStation continue to work hard to resolve the difficulties affecting the Evolve Big Alpha on PlayStation 4. Evolve’s closed alpha test is still playable on Xbox One and PC. We thank our PS4 users for their continued patience. More information will be provided at the Evolve website, Twitter and Facebook pages as it becomes available.

Players are encouraged to sign up for the Xbox One or PC tests, with the means of doing so listed HERE. Anyone who owns XCOM: Enemy Unknown on Steam have automatically earned themselves access as well. All you need to do is head to your Steam Library and click on Install.