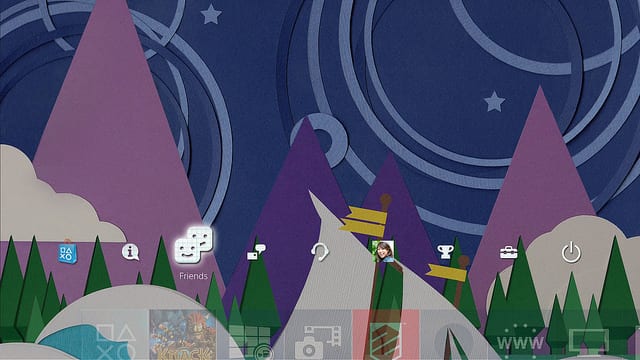 Whether it was the PlayStation Vita, PlayStation 4, Xbox One or Nintendo 3DS – up until now all four consoles have lacked personalization of their home screens, with minimal options to allow gamers to add their flair on something you will always see when you turn on the console. While the portable consoles have both added theme options in recent weeks and rumours are that the Xbox One may not be far behind providing the option of dashboard themes (In addition to Dashboard Colours which are already available), the PlayStation 4 has provided gamers with nothing but a light blue backdrop and soothing music.

That is all set to change with System Software Update 2.0 “Masamura” according to Sony Computer Entertainment. This update will provide players with a range of options including Share Play, Youtube Support and Themes, the latter finally providing a chance to idolize your favourite game or thing every time you turn on the console. Sony will also be throwing in a background colour changer albeit limited to one of seven colours according to a recent feature announcement. This is in addition to a USB Music Player (With support for MP3, MP4, M4A and 3GP formats), enhancements to live broadcasting, an improved content area and more. A list of the newly announced features over the last couple of days can be found below: