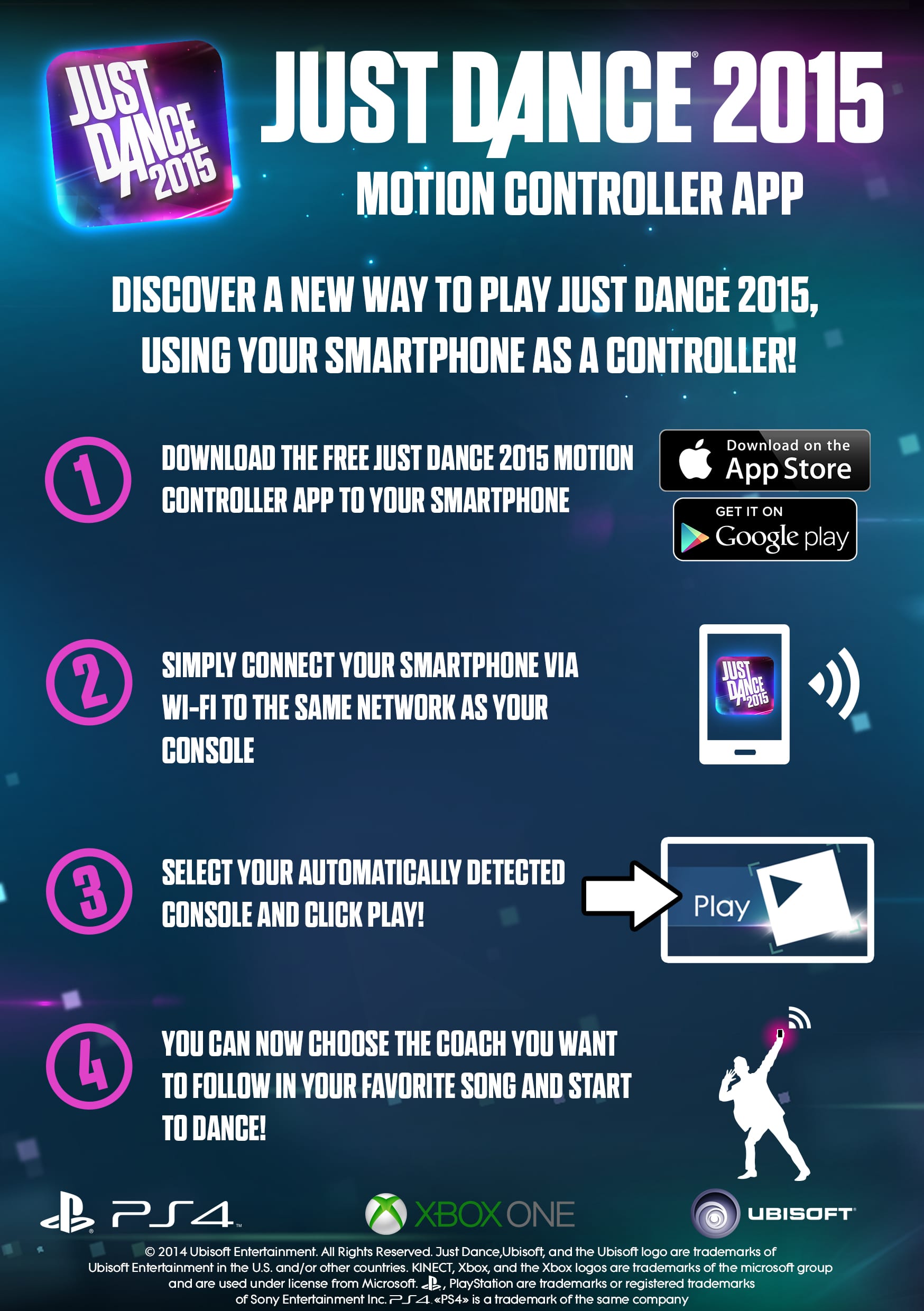 The unfortunate thing about earlier Just Dance games were that unless you owned a PlayStation Camera or Kinect device, you were pretty much locked out of playing the game on either PlayStation or Xbox consoles. While that limitation still stands for earlier instalments in the franchise, no longer are camera required for Just Dance 2015.

Ubisoft have confirmed the release of their official “Motion Controller” app for Android and iOS devices. This free app allows players to have their smartphone devices keep track of their movements rather than a camera, allowing up to four players on the PS4 and six players on the Xbox One to dance together with a bit more leeway on space.

Booting up Just Dance 2015 without a camera attached will now present the message “You will need a mobile device to play Just Dance 2015”. To set up the device, all you need to do is:

We’ve always strived to make Just Dance the most accessible dance game experience on the market. With the Just Dance 2015 Motion Controller app, we’re taking that dedication to accessibility to the next level by giving our fans a way to play Just Dance 2015 on PlayStation 4 system and Xbox One by using their own smartphones to keep score.