Sony Computer Entertainment Australia have today announced that their upcoming PlayStation 4 release of SingStar, and it additional SingStar: Ultimate Party disc edition will be released on October 29th, 2014 in Australia.

While featuring similarities to the PlayStation 3 app, SingStar (PS4) features a number of new enhancements which should make it easier than ever to just turn on the console and sing. Now, a free companion app will convert any smartphone you own (Android / iOS) into a microphone, rather than having to look for or track down one of the official SingStar microphones. Players are also able to sing with friends, share their performances to social networks at the press of a button, challenge their friends and use the PlayStation 4 camera to capture snapshots and video performances based on their favourite moments. 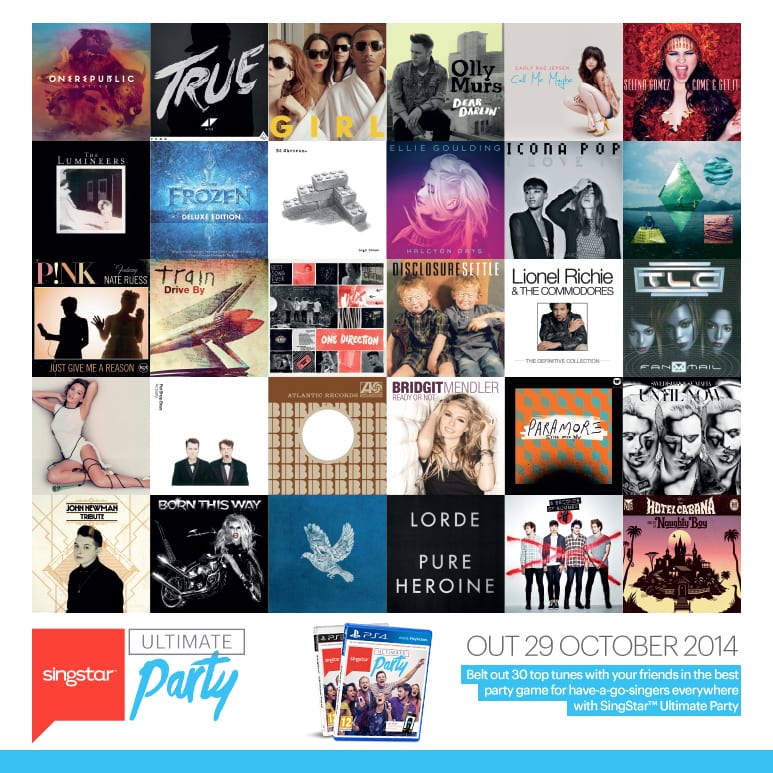 Those who don’t fancy individually buying songs, and want a readily available compilation of tracks may want to consider picking up the Singstar: Ultimate Party compilation. Similar to the original SingStar releases back when it was first released on the PlayStation 2, this compilation comes with a range of pre-set tracks that may or may not appeal to music lovers. Sony Computer Entertainment have today confirmed the entire tracklist on this disc: