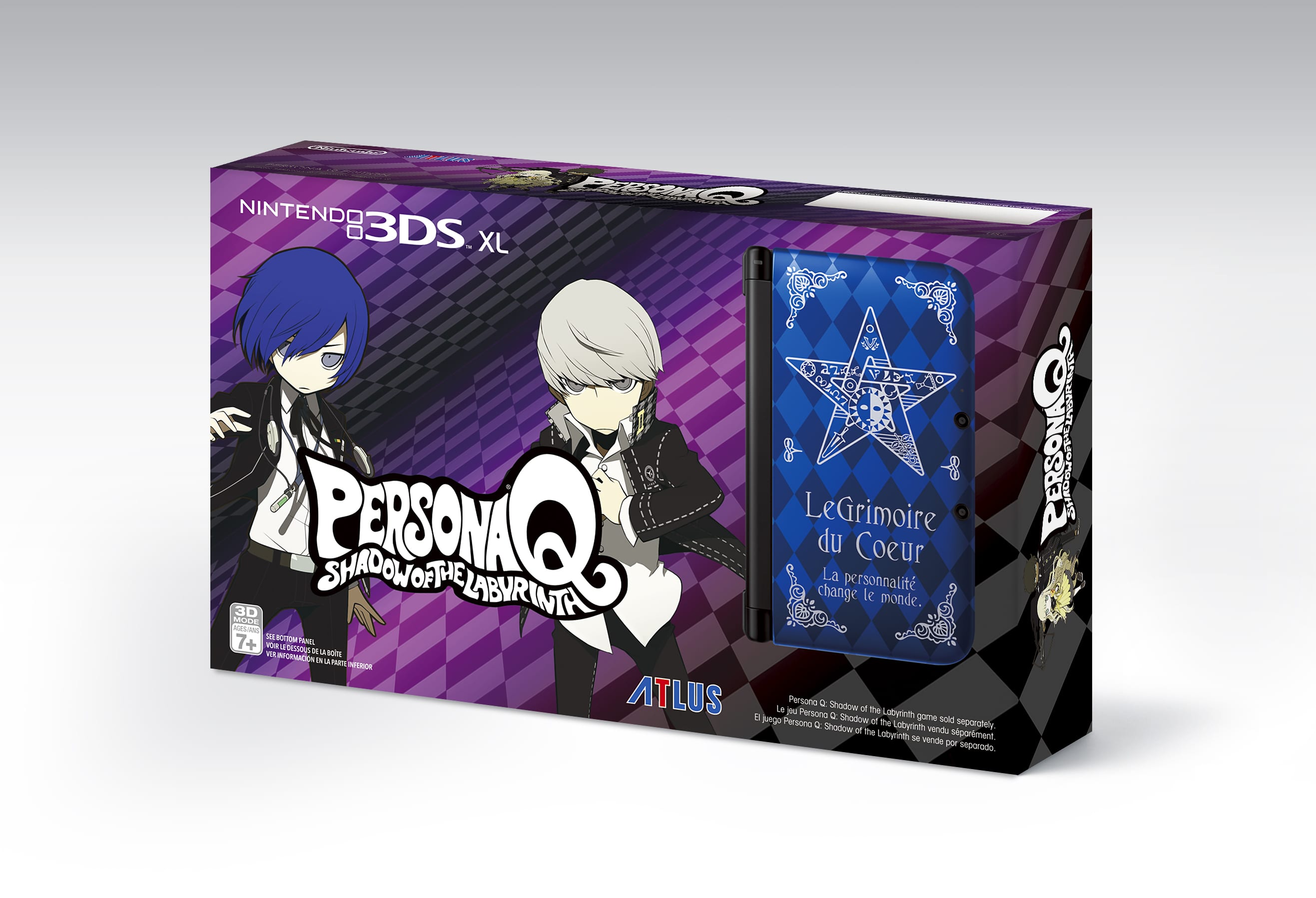 ATLUS USA and Nintendo of America have confirmed that they will be releasing a special Persona Q edition of the Nintendo 3DS XL console in North America. The design evokes the essence of Persona Q with the iconic Grimoire styling on the front—the tome used by the attendants of the Velvet Room and containing information on the many Personas—along with the new character designs on the back.

For fans who have pre-ordered Persona Q or the Persona Q Premium Edition, the Persona Q 3DS XL will be sold as hardware only. So there’s no need to worry about possibly doubling up on the game or missing out on the bonus goods included in both versions. Unfortunately for those who have a preferred retailer, only GameStop stores will be stocking the console. Sadly, it doesn’t seem like PAL regions will ever be receiving the specially themed console either.

The console will be released simultaneously with Persona Q when it hit store shelves from November 25th, 2014.