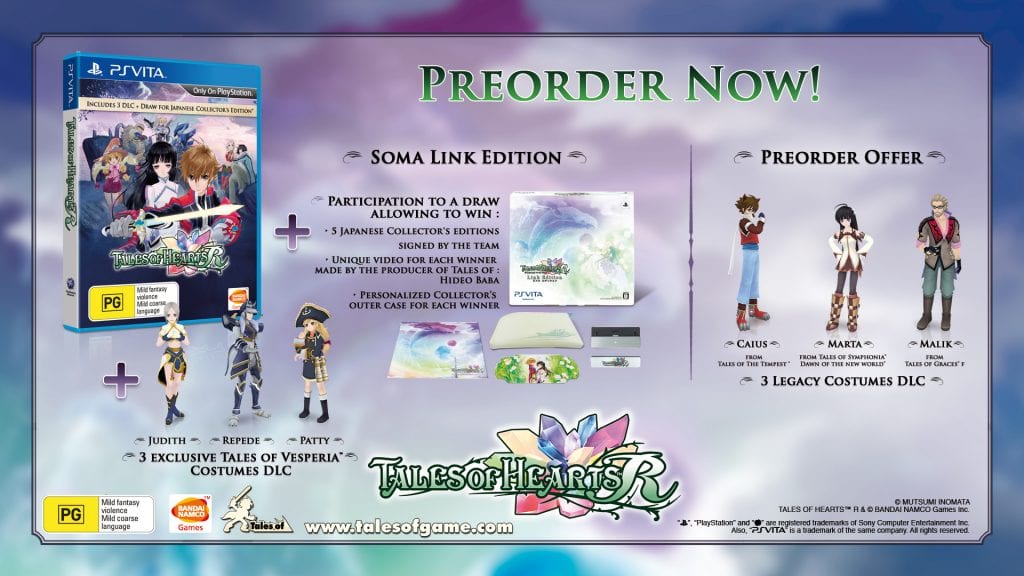 Bandai Namco Games Australia and Bandai Namco Games Europe have announced that they will be releasing a special “Soma” Day One edition for Tales of Hearts R when it launches in PAL regions on November 13 2014.

This special edition won’t come with any physical bonuses, but instead features a set of free Tales of Vesperia DLC outfits for Ines, Kunzite and Beryl. These costumes are based on Judith, Repede and Patty – the latter of which was never playable in international editions of Tales of Vesperia. Also included is a special participation code which will enable purchasers to enter a draw to win one of five exclusive Japanese Collector’s Editions of Tales of Hearts R. Should you win one of these, you will receive:

Tales of Hearts R is scheduled to be released exclusively on the PlayStation Vita in Europe and Australasia from November 13 2014. The aforementioned Day One edition is relevant to PAL regions, and may differ slightly or considerably in North America.