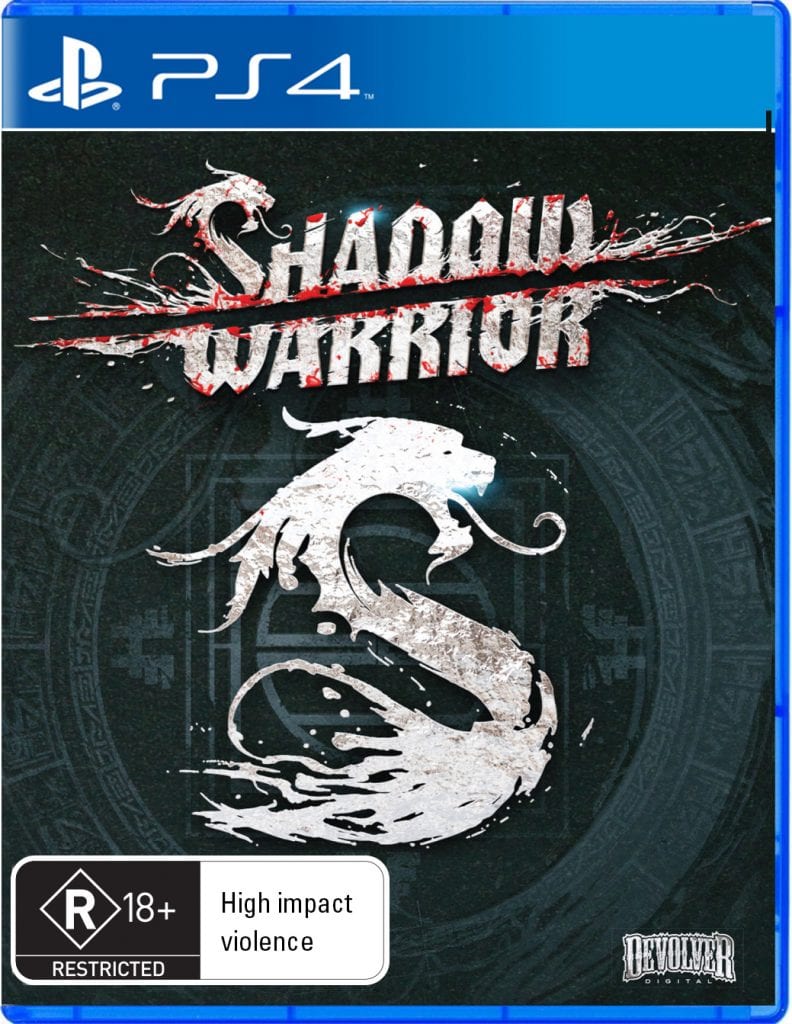 For release on September 25th, 2014 and based on the 1997 classic, Shadow Warrior is a reboot of the original featuring a new modern design and a contemporary retelling of Lo Wang’s comical rise to legend. The game tells the eccentric tale of Zilla Enterprise’s corporate shogun, Lo Wang, who is ordered by his employer to track down and acquire a legendary blade. Forced into battle, Lo Wang learns of the blade’s connection to ancient gods from another realm, pushing our world to the brink of destruction. Aided by Hoji, a banished spirit from this mysterious world, Lo Wang must use a masterful combination of gun, blade, magic and wit to discover the truth behind the demonic invasion and banish the encroaching forces back into the darkness.

Our fans have been very vocal about bringing Shadow Warrior to PlayStation®4 and Xbox One so we’re absolutely thrilled to be working with our friends at Bandai Namco to have Wang bring a sword to a gunfight.

To follow-up with its tradition of distributing very high quality games to the market, BANDAI NAMCO Games Europe teams-up with Devolver Digital to bring a highly-praised game onto the new generation consoles! Thanks to Devolver Digital savoir-faire and BANDAI NAMCO Games massive distribution channels, we are aiming to make this new release a huge success for the upcoming years.