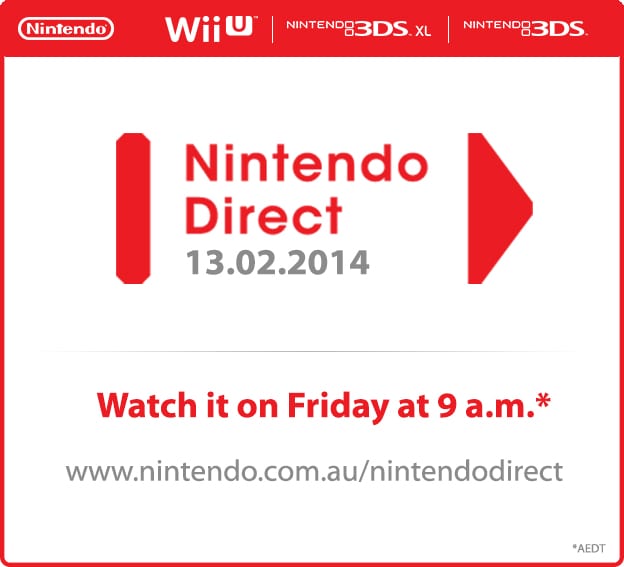 Nintendo have announced that they will be holding their very first Nintendo Direct conference of the year tomorrow morning, which will focus on both their upcoming Nintendo 3DS and Wii U titles to be available in PAL regions by the end of Autumn 2014. The broadcast will be hosted by Nintendo President Satoru Iwata and Nintendo of Europe President Satoru Shibata.

One of the issues residing in Australia is that, despite a more all-ages friendly range of titles, their conferences would often be held at 12AM in the morning. This time around however, fans can check it out on the 14th February 2014 at 9AM AEDT.