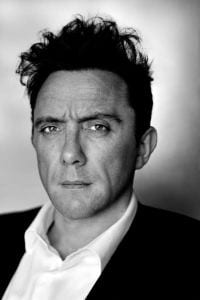 Namco Bandai have provided an incite into the localization process for their upcoming “sadistic” Action RPG Dark Souls II by confirming that Peter Serafinowicz will be voicing a character in the game.

While Mr. Serafinowicz’s repertoire of video game voice acting roles is relatively limited, he has found solid reception in both film and television roles such as loading his voice to Death Maul Star Wars Episode I: The Phantom Menace and playing several roles in an array of comedies including Shaun of the Dead, Parks and Recreation and South Park to name a few

Peter will dub a new character named Mild-mannered Pate. Players will encounter this mysterious man during his journey in search of treasure. He may teach players a few tricks of his own in order to survive during their quest…. but it is up to the players if they decide to trust him.

Unfortunately that is all the information the publisher has shared on Serafinowicz’s role and respective character in Dark Souls II. The game itself is set to release in mid-March 2014 on the PC, PlayStation 3 and Xbox360 video game devices.