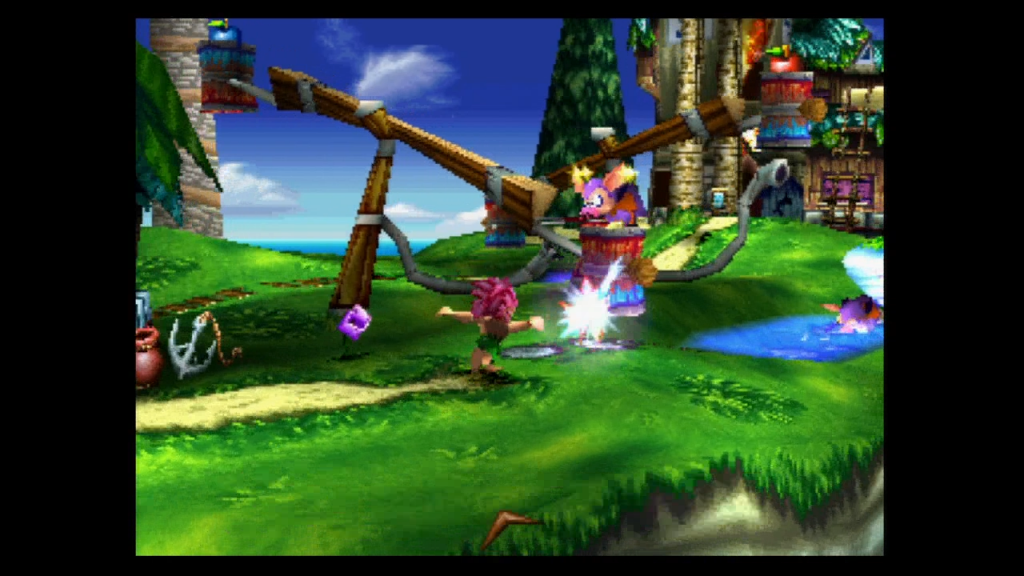 There are many video games from consoles past that for whatever reason never made it internationally. These titles given their age without intervention would be almost impossible for a gamer outside to enjoy it due to not only the “no publisher” barrier but their age as well. While they were just a small collection of the potential titles, MonkeyPaw Games have given new life to some of them with their “Retro Rush” campaign over the last month and a half.

“Retro Rush” has now ended, with the company releasing what they are calling their most anticipated PlayStation One Classic – Tomba! 2: The Great Adventure. Tomba!2 is now available for purchase via the PlayStation Network at a price of $9.99, and supports each the PlayStation 3, PlayStation Portable and PlayStation Vita consoles. Unfortunately the PlayStation 4 does not support PS1 classics to date, but who knows…. that compatibility may be thrown in at some point.

Continuing the events of the original game, Tomba! is living happily until he gets an anonymous letter that his friend has been kidnapped. Not letting his friend disappear without a trace, Tomba! attempts to get to the bottom of the mystery. It quickly becomes apparent that pink coloured animals with curly tails traditionally found on farms might hold some clues.

Tomba! 2 expands on the first game in nearly every way imaginable. Better visuals, more diverse missions and even power suits that grant Tomba! special abilities. The platforming gameplay retains all the classic charms and touches that make the Tomba! series such special games to experience and are truly a platform gamer’s dream. The swine won’t know what hogtied them.

Tomba!2 is presented in its original Japanese language format, however for those of you who are not familiar with Japanese, MonkeyPaw Games have released a section on their website to help set you on the way to properly enjoying the game.