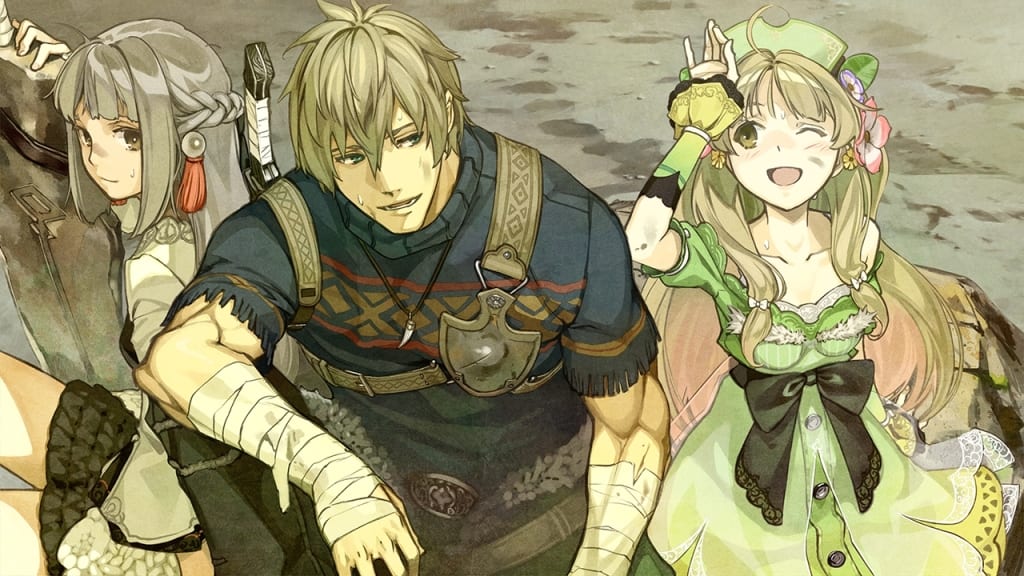 To date, GUST have managed to bring the entire Alchemists of Arland trilogy to the PlayStation Vita as either a PS Vita exclusive port or a multiplatform remake. Its Japanese developer GUST have been focusing all their efforts towards porting their 2012 PS3 release of Atelier Ayesha: The Alchemist of Dusk to the PS Vita as well under the title Atelier Ayesha Plus, set for release within Japan on the 27th March 2014.

Their latest batch of screenshots for the game which were released today may not offer something for everyone as it highlights returning characters, plot events and gameplay systems. However among the various screenshots, there is a particular focus placed on two returning characters, the hunter Juris Grunden (ユーリス・グルンデン) and my personal favourite character Keithgrif Hazeldine (キースグリフ・ヘーゼルダイン), a wandering and experienced alchemist who encourages Ayesha to originally pick up alchemy to rescue her sister.