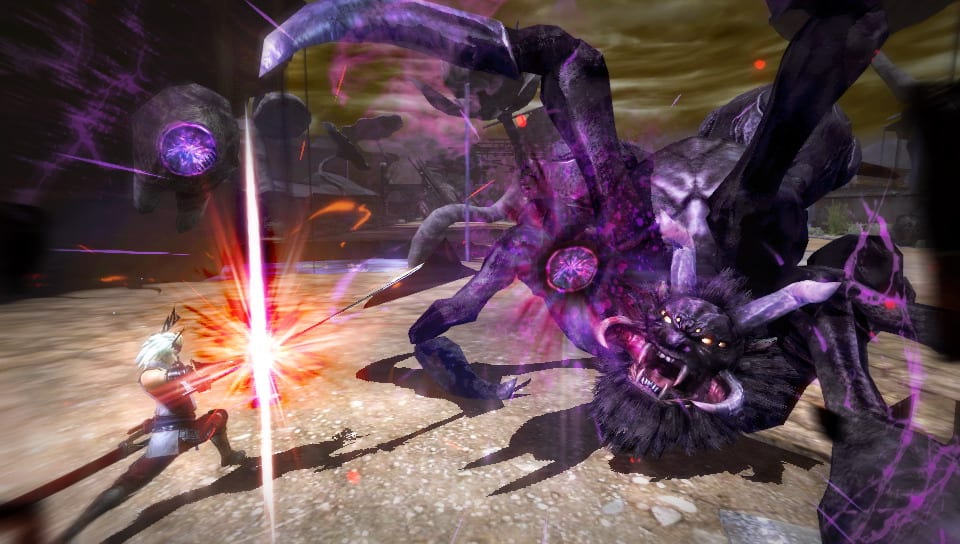 In addition to announcing their 10 hour demo for Toukiden: The Age of Demons on the PlayStation Vita, Tecmo Koei Games Europe have also shared the below set of screenshots. This small batch of in-game images detail both event scenes from the game and gameplay features including the battle system, character encyclopedia, the mitama system and network play.

Following its release in Japan which sold 470,000 units (A considerable feat for the PlayStation Vita and an original IP), Toukiden: The Age of Demons is set for release across PAL regions from the 14th February 2014.