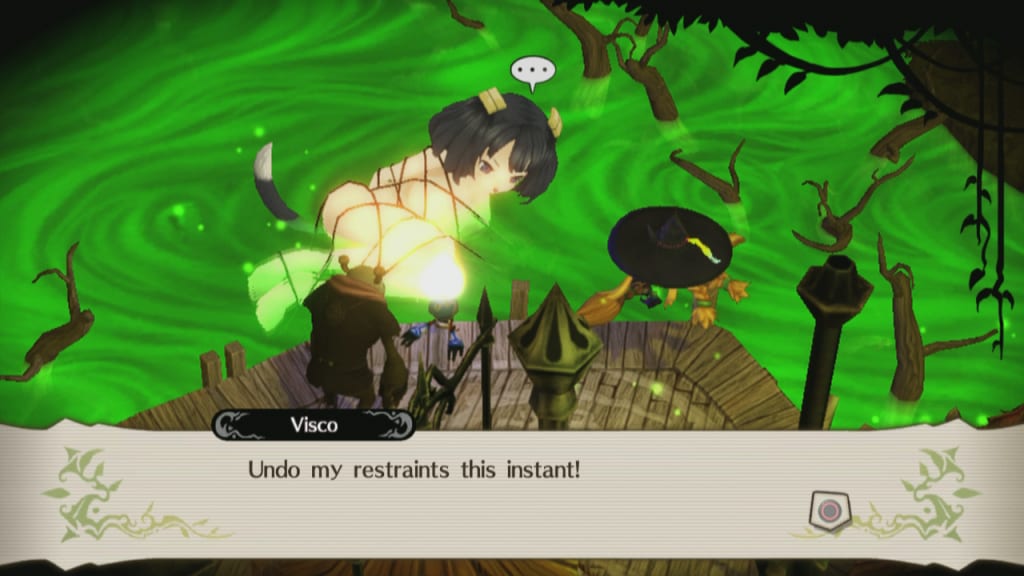 Moving past their first-half February 2014 release of Danganronpa: Trigger Happy Havoc on the PlayStation Vita, Nippon Ichi Software America have released a small batch of screenshots for their upcoming PS3-exclusive title The Witch and the Hundred Knight.

The Witch and the Hundred Knight is a game that features a visual style distinct from anything Nippon Ichi Software has developed in the past, merging 3D and 2D visuals rather than primarily sticking with 2D visuals. Due to this shift, it has also mean’t a considerably long release window, at one point leaving some wondering if it had been cancelled. But after all this waiting it is set to be available in North American from the 25 March 2014, and a few days earlier in PAL regions on the 21st March 2014.

Those waiting for something exciting in this latest batch of screenshots may be left disappointed,  with six screenshots in total detailing mostly clips from the storyline and battle systems.