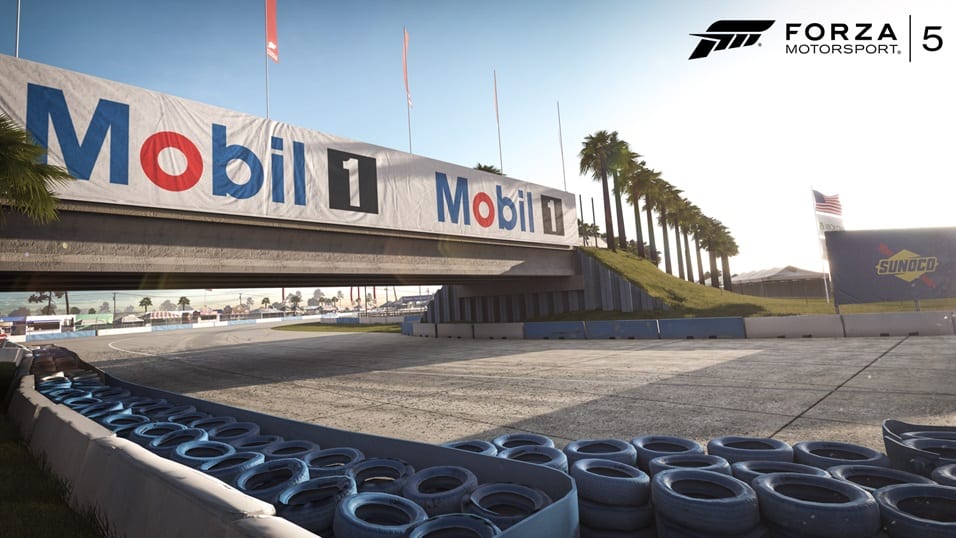 For those wanting to expand upon their collections of vehicles in Forza Motorsport 5, Microsoft Studios and Turn 10 Studios have announced that a brand new vehicle pack is now available to acquire for the Xbox One exclusive title. The pack includes high-profile sports cars like the 1957 Ferrari 250 California and 2008 Lamborghini Reventón, brand new entrants to the franchise, including the 2013 Caterham Superlight R500 and 2013 Mercedes-Benz A45 AMG, and more. While some cars will be given to you automatically, others will be available to purchase using in-game credits once unlocked.

The vehicles are as follows:

The Superlight R500 represents a weapons-grade thrill car that can deliver breathtaking performance anywhere it’s required. There are few cars in the world that can match its 0-60 times (at sub-3 seconds) and even fewer that can also offer lap times that are otherwise only achievable in a purpose-built race car.

The trident logo of Maserati has always bore the burden of being known for its racing accomplishments. Over the years, drivers who wrote racing history drove Birdcage Masis to win after win. Stirling Moss and Dan Gurney piloted a Birdcage to victory through harsh weather at the 1960 Nürburgring 1000 after overcoming an extended pit stop that set them back to fourth place. Carroll Shelby also put in wheel time in 1959 with Casner Motor Racing. The legends sang the praises of the Birdcage; give it a spin in “Forza Motorsport 5” and see if you agree.

When AMG gets their hands on a new Mercedes, wheels start turning and Mercedes performance becomes something astounding. The A45 AMG is no exception. Yes, it is a four cylinder; sure, it is a compact hot hatch. But with the AMG upgrades, it is nothing less than one of the best-performing hot hatches in the world. The result is more horsepower per liter than a Porsche GT2 RS, a record for road-going cars. So take it to the grocery store or take on all comers when the green light hits; the A45 AMG will not disappoint.

With a storied history of rallying and a body style that’s ripe for race replica paints (or whatever style you like, really), the 1977 Ford Escort RS1800 should prove as desirable in “Forza Motorsport 5” as it is by Ford enthusiasts and collectors in real life. Beginning production in 1975, the RS1800 used the legendary Cosworth 1.8L BDA engine – capable of a healthy 115 horsepower — and powered its way to multiple rally wins and a couple of World Championships.

Chevrolet’s engineering and design teams were rightly proud of the 1964 Impala, particularly the top-of-the-line SS 409 trim, but could any of them have imagined that their fast and luxurious full-size would be immortalised in song twice? First, the 409 cubic inch V8 was celebrated in a Beach Boys song called “409,” and then, exactly thirty years later, on the Dr. Dre and Snoop Dog track “Let Me Ride.” In between, countless enthusiasts have preserved or restored Impalas back to showroom condition, or customised them in countless ways. Cultural icon or stylish and fast cruiser, the Impala SS 409 is a lot of car.

Any time Ferrari appends the name of one of their models with an “M” — for modificato, or modified — it generally means that it’s the final version of that model, incorporating all the refinements and upgrades. In other words, it’s arguably the best version of that car. That is probably a fair assessment of the 575M Maranello, a heavy revision of the 550 that preceded it. Few cars have the poise, effortless grace, and startling performance as the 575M Maranello, one of the best front-engined grand tourers ever produced.

From the jet exhaust-aping hindquarters and the “all-glass” aircraft-style LCD cockpit instrumentation to the knife-edged creasing on the bodywork and the massive centre-exit exhaust, you might think the Lamborghini Reventón is trying to mimic a stealth fighter. You’d be correct – the direct inspiration for this exclusive Murcielago variant was the F-22A Raptor, an advanced jet with stealth capabilities. But the Reventón is far more exclusive – eight times as many F-22As exist than Reventóns; only 20 would be delivered to Lamborghini’s most prized customers. Constructed almost exclusively from the woven carbon materials and sporting a blueprinted version of the Murcielago’s massive 6.5-liter V12, its 211 mph top speed is as close to flying a jet as you can come without leaving the ground.

It’s easy to see why the 250 California is a favourite among Ferrari aficionados, as well as being one of the most valuable of the classic Ferraris. The “California” moniker is quite intentional — this Ferrari was specifically aimed at that growing U.S. market and was the brainstorm of two of Ferrari’s influential American distributors (Luigi Chinetti and John von Neumann) who wanted a car that translated the raw power of the “Tour de France” (TdF) racers into a stunning road car. To accomplish this, Ferrari turned to Scaglietti, the famed coachworks that primarily crafted bodies for Ferrari’s racers. The steel body was fitted on top of a chassis remarkably similar to the TdF, and buyers could option either a road-spec’d engine or special, competition-prepared V12s.

From far away, it may look like a relatively common Datsun 240Z (Nissan Fairlady Z in the Japanese home market; Datsun was a brand name used in North America), but the Z 432 variant is something truly special — a factory hotrod with a seriously potent motor, and whose rarity makes it one of the most desirable Z-cars ever. It’s the ultimate expression of the vision of Yutaka Katayama (better known as “Mr. K,” father of Nissan’s Z-car program) to produce a world-class sports car — and with only 420 produced and sold exclusively in Japan, it is as valuable as it is rare.

From afar, the Peugeot 205 T16 looks much like the front-wheel drive, front-engine street car it was based on. When competition in World Rally Championship (WRC) was at an all-time high, Peugeot wanted to taste the victory it had enjoyed in the past. To meet Group B homologation, 200 road cars had to be built and, with that, the 205 T16 was born. These radical cars had a specially developed mid-mounted four-cylinder turbocharged 16-valve engine mated to a four-wheel-drive system.  The street version of the 205 T16 only differed from the rally version through a lowered turbo boost and the interior trim.