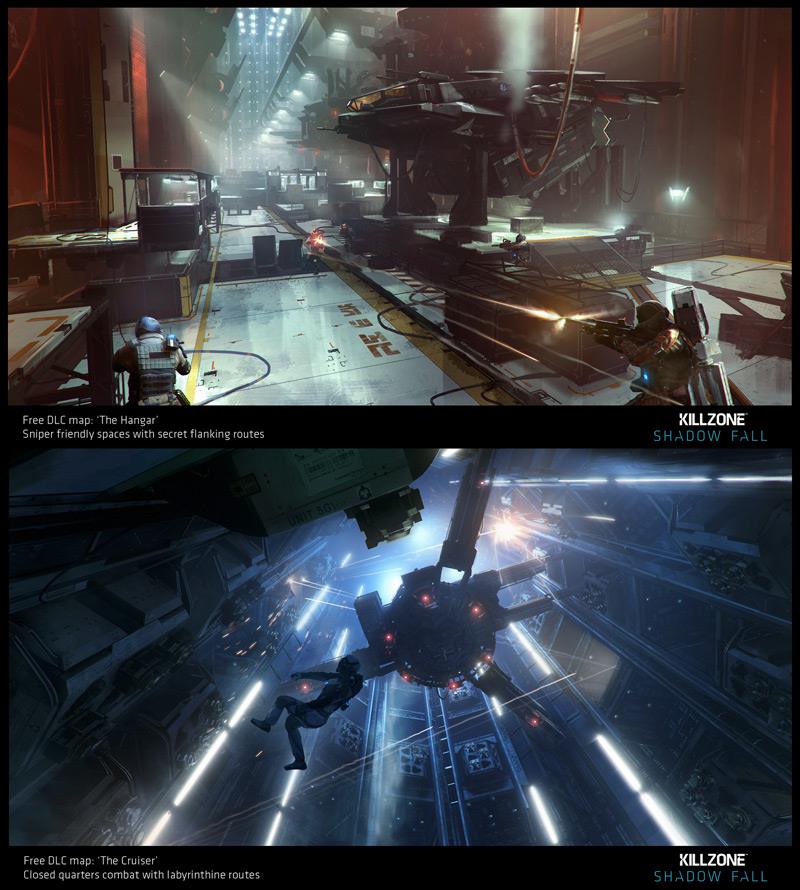 Guerrilla Games alongside Sony Computer Entertainment have announced that a pair of downloadable multiplayer maps are soon to be released for PS4 launch title Killzone: Shadow Fall. Inspired by key locations from the single-player campaign, these maps will be released to all game owners free of charge at a date yet to be determined. Both these maps will also be compatible with the games Custom Warzone feature.

Information on both maps are available below:

A close-to-mid-range combat map set in the confines of a decommissioned ISA cruiser. Consisting of tight, claustrophobic corridors and interconnected compartments, the key to dominating this map is identifying and controlling its choke points.

A wide-open map situated in the hangar bay of one of Helghan’s humongous mining spires. In addition to the main area, which offers long lines of sight suitable for sniping, the map contains alternative routes that will need to be secured for full control.

Unfortunately it seems like these are the only two maps that will be going for free, with the developer committing themselves to the first Killzone: Shadow Fall expansion pack.