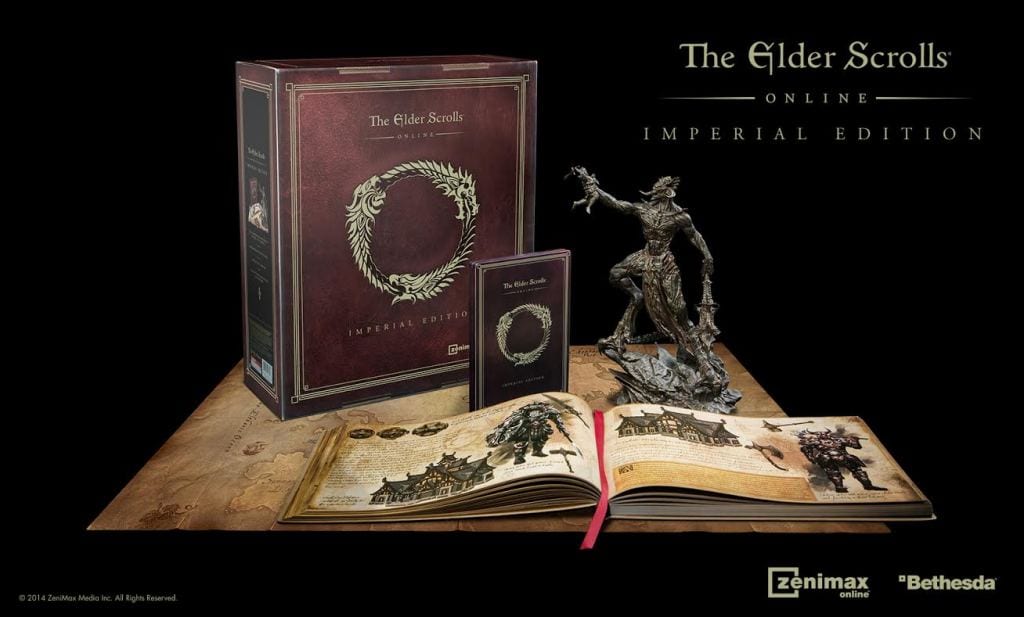 Bethesda Softworks have announced a brand new “Imperial Edition” release for The Elder Scrolls Online, which at a higher premium price is set to offer a number of physical and digital goodies as part of what they are describing as a “limited in quantity” release.

At the recommended retail price point of $139.95 AUD / $149.95 NZD, pre-ordering this edition will net you the following items when The Elder Scrolls Online launches on the 4th April 2014:

This release will also feature a set of exclusive digital content. While some of the contents amount to nothing more than mounts or pets, they do intend on including a few more distinct goodies in the Imperial Edition:

While you cannot receive any of the physical contents, at $20 less Bethesda are offering a more readily available digital release of the Imperial Edition which includes the four digital extras mentioned above.