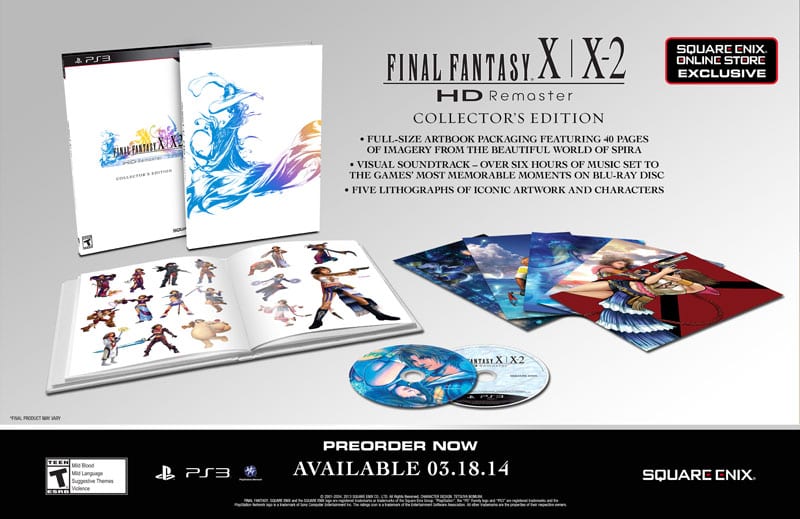 Square Enix have announced that gamers who decide to purchase directly through their online store rather than a retailer will have access to a special Collector’s Edition release of Final Fantasy X / X-2 HD Remaster, which is set to launch on the Playstation 3 from the 18th March 2014.

Enclosed within the hardcover 40-page artbook which also serves as the packaging for everything else, they will include the Playstation 3 copy of the game, five lithographs and a Final Fantasy X HD Remaster Original Soundtrack – with more than six hours worth of music set to the games’s most memorable moments on a blu-ray disc.

While distribution may differ between regions, in North America it will be available at the price of $79.99 USD.

Released on store shelves last month for the outgoing and new generation of video game consoles, Cyberpunk 2077 will very likely be one of...
Read more