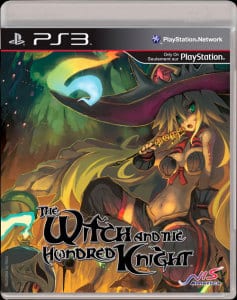 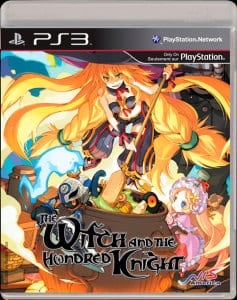 Earlier this month, North American / PAL Region video game publisher Nippon Ichi Software America presented a set of four covers to the gaming public for their vote, with the best two voted on to be included as reversible cover artwork (A double-sided inlay cover) to be included alongside the official cover art in their release of The Witch and the Hundred Knight next year.

The results were the two above dominating the others – with the winner (Pictured to the left) coming out with 1,852 votes and the cover to the right coming second place with 1,439 votes. The other two shall remain in the archives and will never see a release.