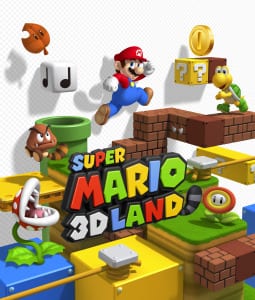 To participate in this promotion, owners of a 3DS or 3DS XL console will need to register their console and one of 15 selected games with Club Nintendo between the 28th November 2013 (2:01AM AEDT) and the 14th January 2014 (9:59AM AEDT) to be eligible to request a free download for Super Mario 3D Land on the Nintendo 3DS.

Participants can then redeem their code and download the game from Nintendo eShop to any Nintendo 3DS, Nintendo 3DS XL or Nintendo 2DS system before 14th March 2014 (9:59am AEDT). And yes, applicable hardware and software which hasn’t been registered but was purchased before the commencement of this promotion can be used too.

This promotion will be in time for the Wii U release of Super Mario 3D World, which is set to be the first 3D non-sidescrolling game in the Super Mario franchise for the console.

The fifteen games applicable for this promotion are: