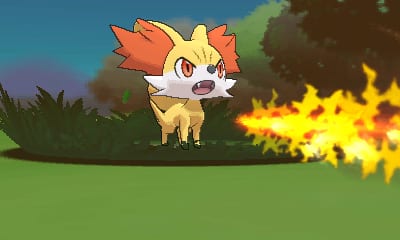 While hesitating before making the jump to the Nintendo 3DS platform exclusively, Nintendo of Australia have confirmed that stats have shown that in the first weekend of Pokemon X and Pokemon Y hitting store shelves in Australia, combined sales have total more than 100,000 units. The publisher has confirmed that this has smashed all previous records for a Nintendo game in Australia and New Zealand.

To contrast, their previous Pokemon release of Pokemon Black and White sold a combined total of more than 80,000 units during its first week. The combined sales of both X and Y obliterated this in its first day alone.

Of course, this has resulted in severe shortages of the game in some areas of the region, with Nintendo confirming that additional stock will be available momentarily to ensure that gamers who have yet to experience the game – will be able to begin their adventure as soon as possible.