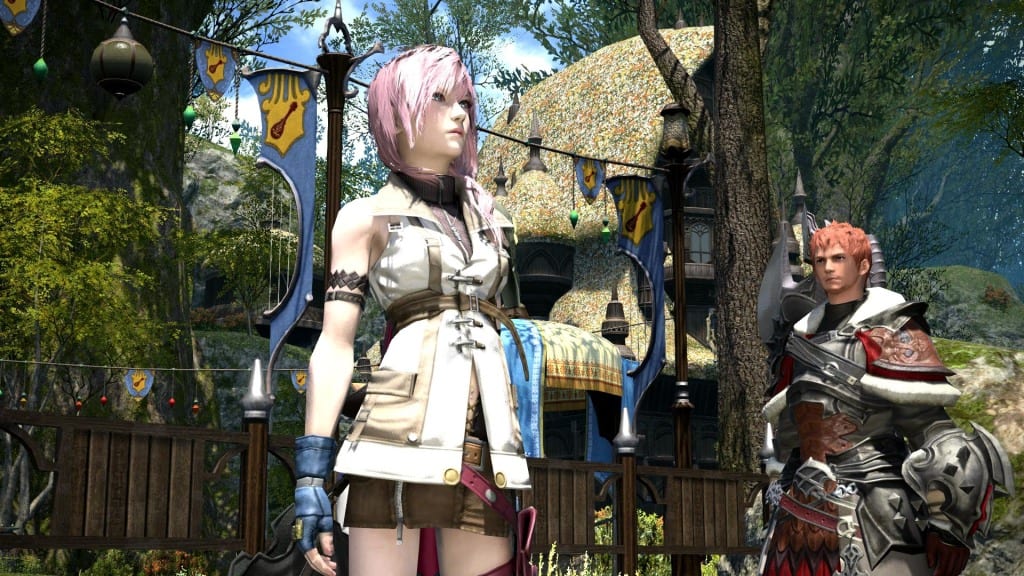 After being teased for the last few months, Square Enix have kicked off the Final Fantasy XIV: A Realm Reborn and Lightning Returns: Final Fantasy XIII events by having Lightning invade the world of Eorzea as part of a multi-installment questline set to take place between today and the 9th December 2013 at 14:59 GMT.

The premise of this questline is as follows:

The city-states are atwitter with talk of a rogue adventurer roaming the land. Clad in peculiar garb and wielding a blade alien to this realm, she has been sighted dispatching foes with lethal efficiency, only to vanish before her identity can be ascertained. Who is this fearsome warrior, and to what end has she journeyed to Eorzea?

But hold on a minute! Don’t think of just logging in and expecting to complete it all in a day or two. This storyline arc will be split up into four story arcs which are to be released at the following times:

Chapter 1: For the Winsome: From Now 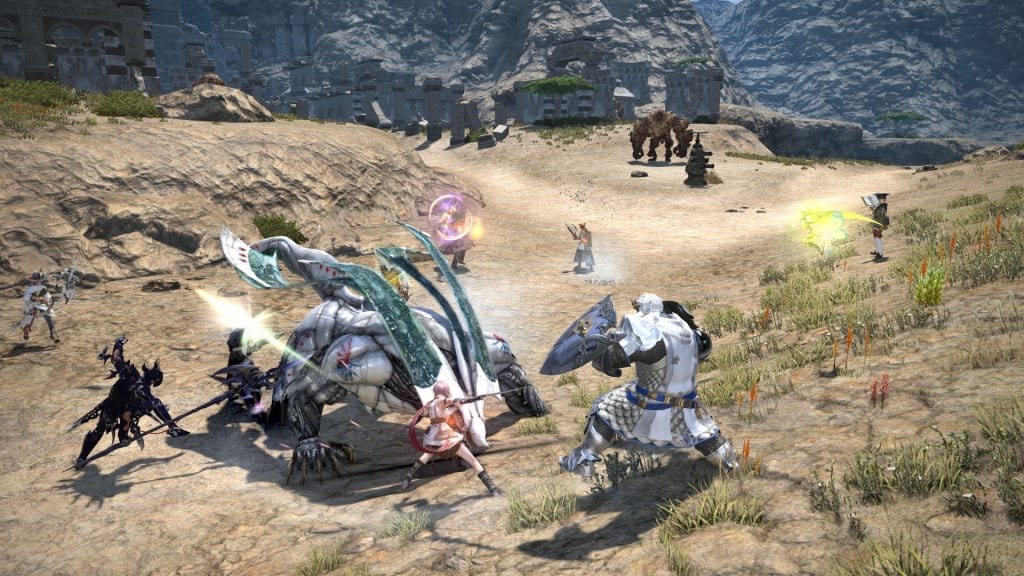 During the event you will be able to receive eight new weapons and gear tailored towards both male and female adventurers, all based off assets present in Lightning Returns: Final Fantasy XIII. These quests cannot be completed after the event has concluded, but will make a reappearance next February in Australasian and PAL regions to celebrate the release of Lightning Returns.

Don’t forget this collaboration works both ways, and during Lighting Returns: Final Fantasy XIII – players can complete a special quest to obtain the Miqo’te outfit for Lightning. This outfit is inspired by the Miqo’te race from Final Fantasy XIV, complete with the distinctive ears and tail. In addition, you can also acquire customisable weapons and shields with designs influenced by the three main cities located in the world of Eorzea. The Miqo’te outfit not only transforms Lightning’s appearance, but also changes her victory pose and fanfare.