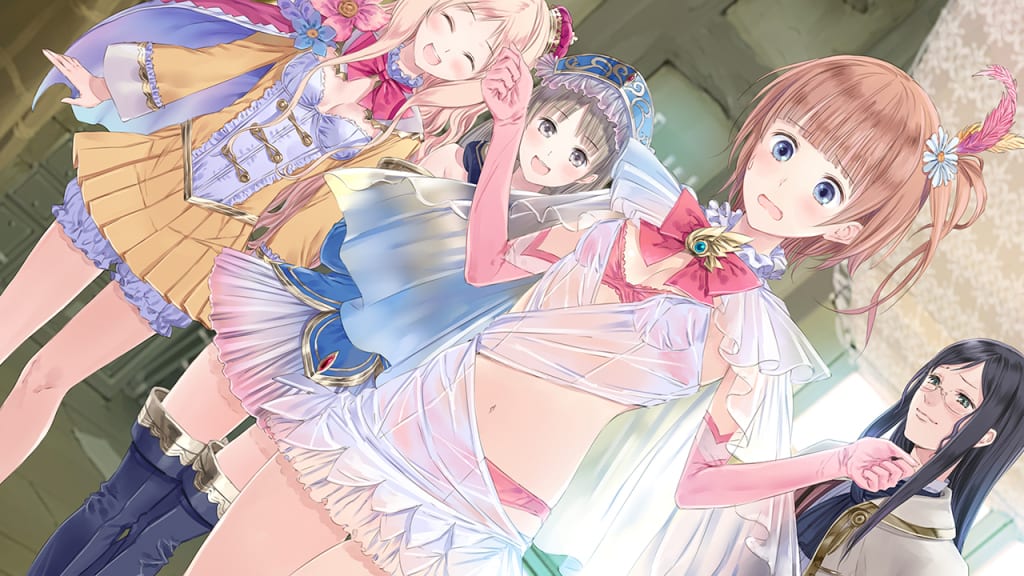 Over the past few months we have seen a number of the new features added into the game including a new chapter featuring Totori and Meruru visiting Rorona from the future, the inclusion of Astrid as a playable character and many overhauls of the system. This latest set of screenshot released by the company also alludes to a number of new inclusions. These include the inclusion of several new treasure-filled dungeons for Rorona to explore, new bosses, additional functionalities including a message log, cross-saving between PS3 and PS Vita releases and event replay, new illustrations (Such as the one pictured above) and new costumes.

The new costumes will be available for one of my favorite party members from the original release (Because of her aptitude towards healing skills), Lionela Heinze, and include the obligatory bikini and a jester costume, which ties into her occupation as a travelling performer.