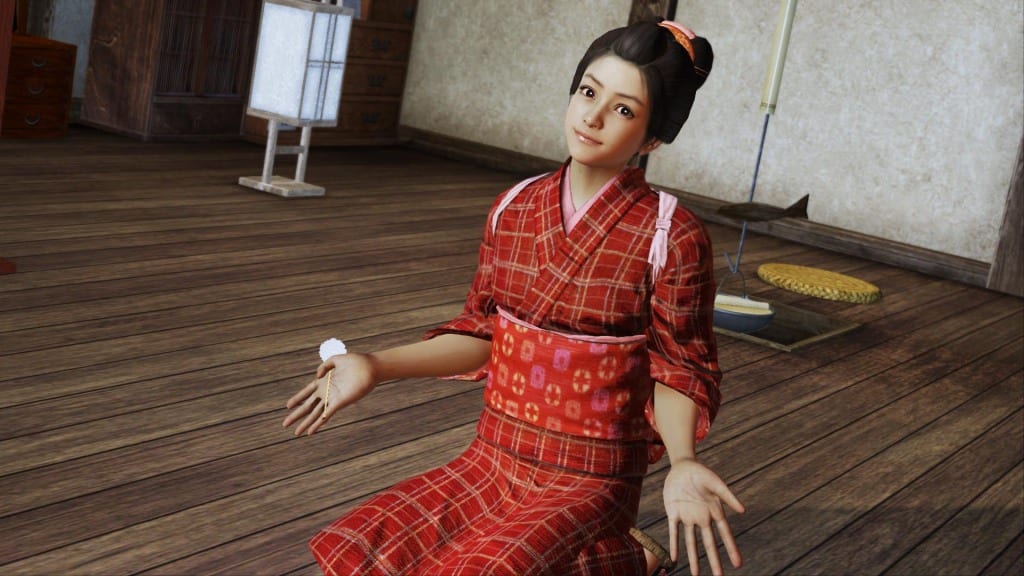 When the Playstation 4 launches in Japan, gamers over there are not only going to be treated by many of the western launch titles but also a number of (currently) Japan exclusive titles. One of these is Ryu Ga Gotoku Ishin (Yakuza: Ishin), a side-story in Yakuza franchise which features many familiar characters albeit under different names in a completely different era (So unfortunately we won’t be seeing the traditional assortment of karaoke songs this time around).

While there is a main story mode, the game will also include a bonus “Another Life” mode, where  Ryoma Sakamoto settles down to live a normal live with Haruka. Some of the possible activities shared in the latest batch of screenshots available below include gardening, fishing, cooking food, peddling your wares  and owning cute feral cats and stray dogs.

Like Yakuza 5, no international release date for Yakuza: Ishin has been confirmed.