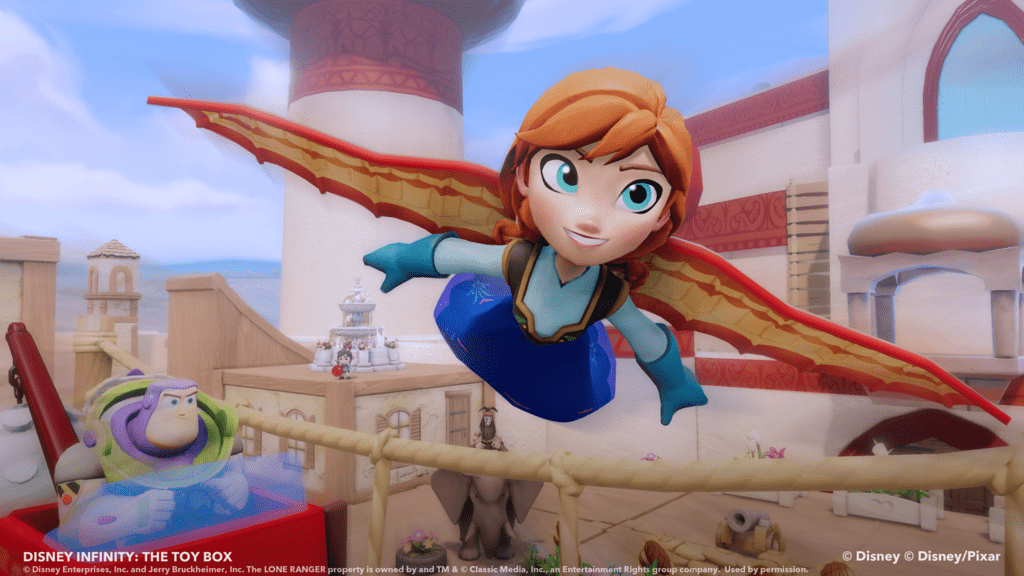 Similar to the Skylanders series which has seen great success through its toy sales, Disney Interactive uses a series of character figures, power discs and world items to unlock content in the game – all of which do unfortunately (For a child with a gotta have them all attitude) cost a considerable sum of money. Developer Disney Interactive have today confirmed that there will be a new haul of releases coming to store shelves from the 28th November 2014 – featuring series such as Wreck-it-Ralph, Frozen, Tangled and more.

Ranging in price between $17.95 for characters and $29.95 for full toy box packs, the following content is set to be available on this date:

Wreck-It Ralph:  The classic 8-bit character is making an appearance in a new video game! Ralph uses his wrecking abilities and 8-bit Cherry Bombs to defeat enemies in Toy Box.

Vanellope: The Sugar Rush racer brings her amazing Glitch ability that will allow her to teleport short distances and glitch out characters that come in contact with her in Toy Box.

Woody: Rustle up some action with the fastest-moving cowboy in the West as he uses his shoulder charge to knock villains clean off the range or into outer space. Can be used in the Toy Story in Space Play Set and in the Toy Box.

Anna will use her grappling hook to get to hard-to-reach places and use her shovel to defeat enemies.

Elsa will utilize her magical ice abilities, such as using the Freeze Ball to stop opponents in their tracks.

The developer also confirmed that they will be releasing 20 new circular and hexagonal power discs into circulation, including three rare ones. These are as follows:

Electro-Charge – In-game character has a chance to gain more health.

User Control – In-game character has a chance to gain experience at a faster rate.

Flamingo Croquet Mallet – Spawn a Flamingo croquet mallet from “Alice in Wonderland” inside the Toy Box.

Victor’s Experiments – Make all of the terrain objects in the Toy Box themed to the “Frankenweenie” film.

New Holland Skyline – Make the sky in the Toy Box themed to the “Frankenweenie” film.

Frozen Flourish – Make all of the terrain objects in the Toy Box themed to the “Frozen” film.

Chill In The Air – Make the sky in the Toy Box themed to the “Frozen” film.

Maximus – Ride Maximus from “Tangled” inside the Toy Box.

Jack’s Scary Decorations – Make all of the terrain objects in the Toy Box themed to the “Nightmare Before Christmas” film.

Halloweentown Sky – Make the sky in the Toy Box themed to the “Nightmare Before Christmas” film.

Hangin’ Ten Stitch with Surfboard – Spawn a hover surfboard with Stitch on the front inside the Toy Box.

Condor Wing Glider – Spawn a glider pack that is Wings ala Condor Man inside the Toy Box.