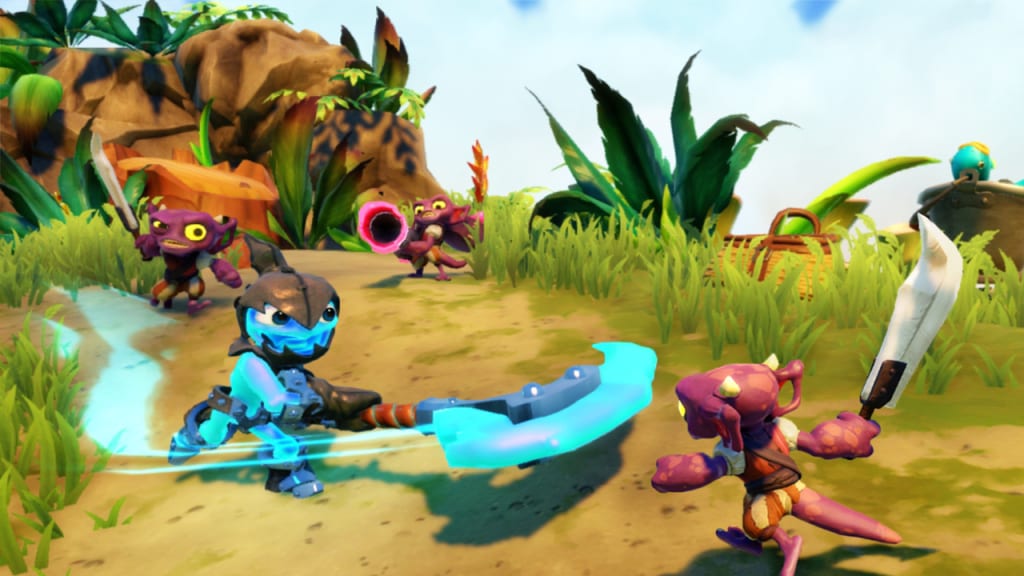 Kids scream in excitement and parents groan as the money slowly seeps out of their wallets and into the coffers of Activision as, you guessed it, Skylanders SWAP Force launches no doubt to the delight of both young and old gamers alike. With this installment in the Skylanders franchise, Portal Masters can now wield the power of choice as they defend the Cloudbreak Islands and battle the evil Kaos and his mum.

Skylanders SWAP Force introduces an all new innovative play pattern – swapability – that lets players freely interchange the top and bottom halves of 16 special characters by mixing and matching their powers and moves into more than 250 unique character combinations, that are brought to life in the game. That’s right parents, 16 MORE TOYS to buy your kids!

Skylanders is a brand built on one thing: magic. With each and every Skylanders title, we want to deliver new, delightful innovations to our young fans that continue to blur the lines between physical and digital play. With Skylanders SWAP Force, we’ve taken this genre to a whole new level by giving players the greatest power of all: choice. In a franchise known for breakthrough innovation, I have no doubt that SWAP Force is our most innovative Skylanders game yet. And we’re thrilled to share it with fans of all ages all over the world today.

Skylanders SWAP Force is now available for purchase on the Playstation 3, Xbox360, Nintendo Wii, Nintendo Wii U and Nintendo 3DS platforms, but if you are waiting for the next generation consoles you may also be interested to know that Playstation 4 and Xbox One editions are also set for release.