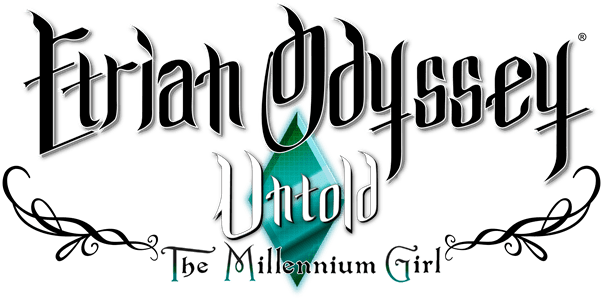 While this won’t come as much of a surprise considering that they published Etrian Odyssey IV in PAL regions as well, but Nippon Ichi Software America in collaboration with Namco Bandai Games Australia (ANZ Publisher) have confirmed that Etrian Odyssey Untold: The Millennium Girl will be released in PAL regions from sometime (hopefully early) in 2014. The game will be available via both retail stores and through the Nintendo eShop exclusively for the Nintendo 3DS.

Etrian Odyssey Untold is a re-imagined version of the only other Etrian Odyssey game asides from IV that has hit PAL regions to date. This includes a series-first story mode, complete with new cinematics from animation studio Madhouse, more than 3,000 lines of recorded dialogue and challenges for new and returning games.

Haven’t been following The Otaku’s Study for all the news on the North American release? Take a look at a selection of screenshots below, then check out the archives for more!

*Note: While a similar news post was shared a couple of weeks back, this is the first time we have received official confirmation from the publishers rather than a classification listing.

Find yourself needing to get the attention of others around you? Are you sick of being a blade user who has no sparks flying from their hands? Just want another emote to fuel your GPOSE needs?
Read more
Video Games

It might be lacking in historical context, but developers Raven Software and Treyarch have shared their first sneak peek at the zombie mode being included in their upcoming first-person shooter 'Call of Duty: Black Ops Cold War'.
Read more
Video Games