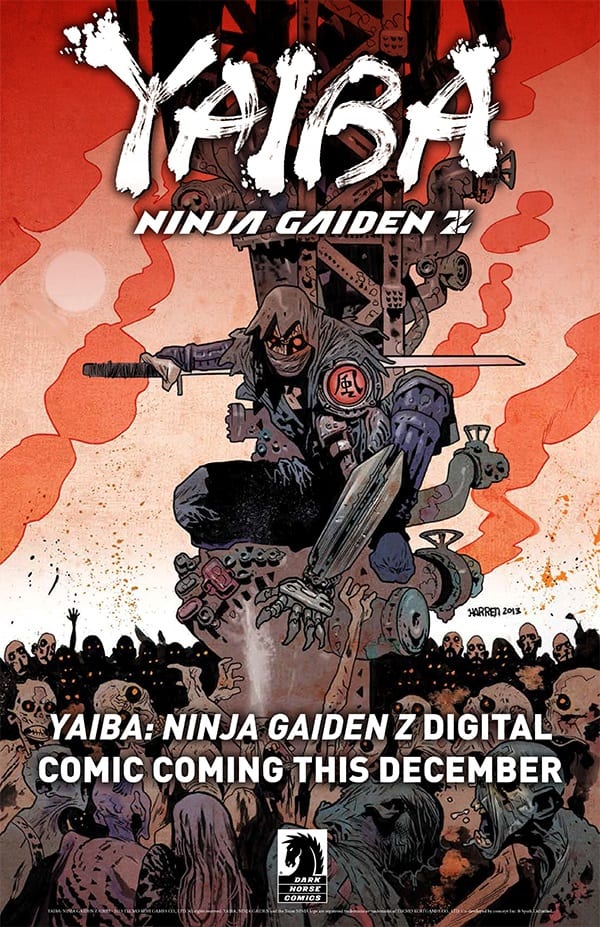 At last weekends New York Comic Con, it was announced that Dark Horse Comics would be working with both Keiji Inafune and Team Ninja to publish a series of three digital graphic novels / comics based on the game world of Yaiba: Ninja Gaiden Z. These books will feature three vignettes by writers Tim Seeley and Josh Earmons as well as art by Rafel Ortiz.

In Yaiba: Ninja Gaiden Z, players will battle fierce zombies as Yaiba, a cyborg ninja who will do anything to get revenge and stay alive. Cleaved into two, he is brought back to life with cyber-technology. Brandishing his ninja sword and the mecha weapons in his cyborg arm, he slaughters zombies with brutal, over the top action.