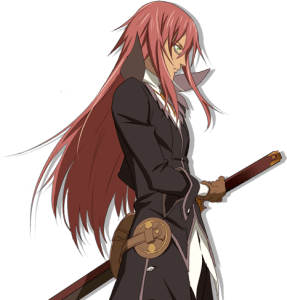 The trailer looks at Richter Abend, one of the new characters to the sequel. At 20 years of age, he is searching for Ratatosk’s core. Sarcastic to a point, he is relentless in the pursuit of his goal. He meets Emil on his quest, and while he’s disgusted to see such a cowardly character. Despite having a passive attitude towards him, he asks Emil for assistance.