While it has been known for a number of months that there would be a collaboration between the development teams of Final Fantasy XIV: A Realm Reborn and Lightning Returns: Final Fantasy XIII, it has only been today that Square Enix has unveiled just what this collaboration will entail. A new Full Active Time Event (FATE) is set to begin, which will allow players to fight alongside Lightning. Upon completing this event, players can receive gear and weaponry modeled after those found in Lightning Returns: Final Fantasy XIII which is set to launch internationally during February 2014.

Below is a look at some of the costumes and accessories available for characters of all classes: 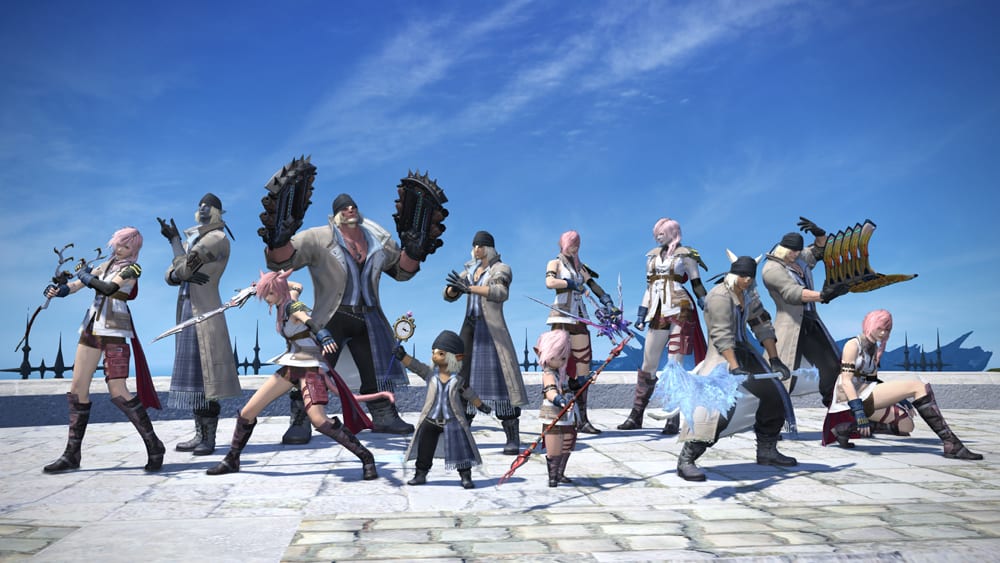 But this is not just a one-way collaboration, with Square Enix reaffirming their commitment to bringing Miqo’te costumes to Lightning Returns: Final Fantasy XIII. Clues for acquiring this costume are hidden within the world of Nova Chrysalia. Players will also be able to acquire weapons and shields themed from the city states of Eorzea (Limsa Lominsa, Ul’dah, Gridania) by clearing side quests.

Want to see Lightning dressed up as a  Miqo’te? The company have also shared some new screenshots which you can check out below: