AquaPazza: Aquaplus Dream Match, also going by the English title AquaPazza was recently acquired by ATLUS USA for a November 19, 2013 release in North America exclusively for the Playstation 3. The games character cast comprise of those from well known visual novels and anime titles by AquaPlus such as ToHeart, Utawarerumono and Tears to Tiara.

Given that not all those titles are mainstream, ATLUS have chosen to give the characters a special focus via character cards. To be released in sets over the next few weeks – these are three of the characters you will be able to play with during the game. 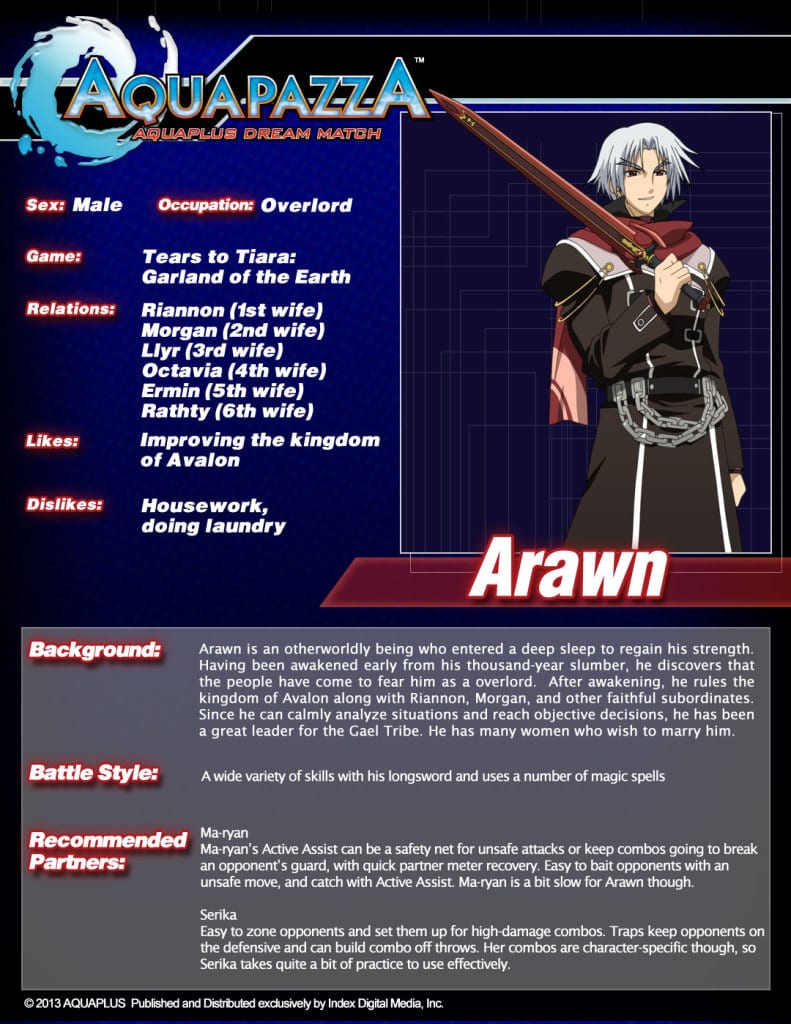 Arawn – Tears to Tiara: Garland of the Earth 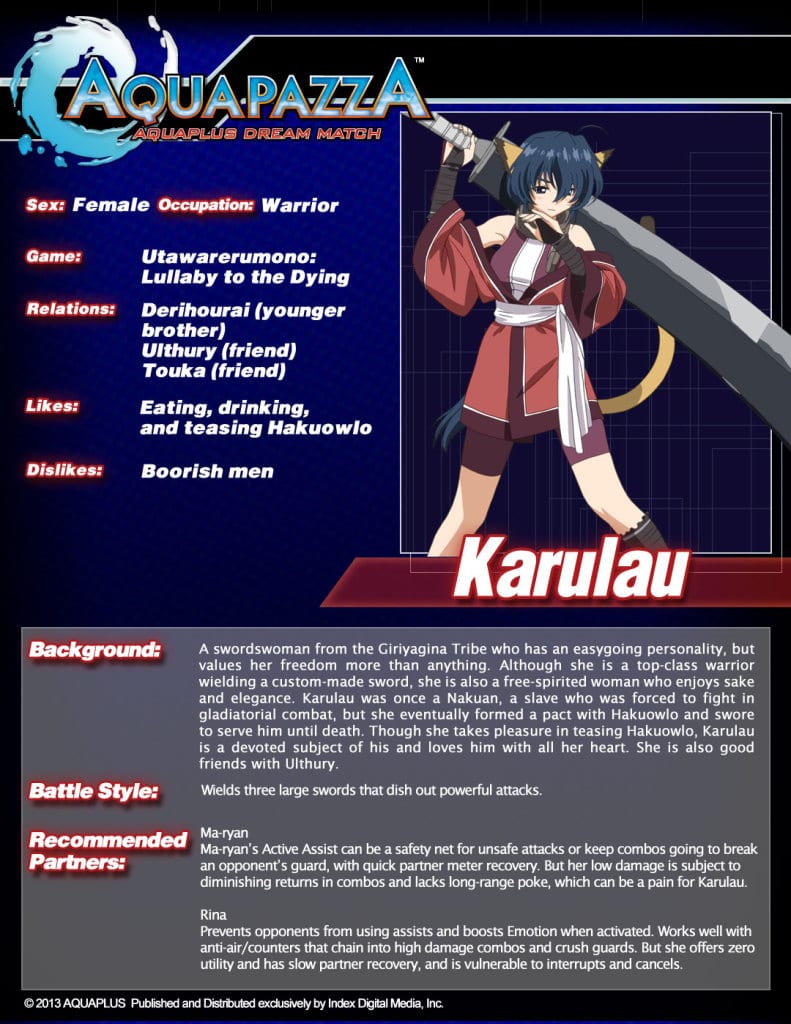 Karulau – Utawarerumono: Lullaby to the Dying 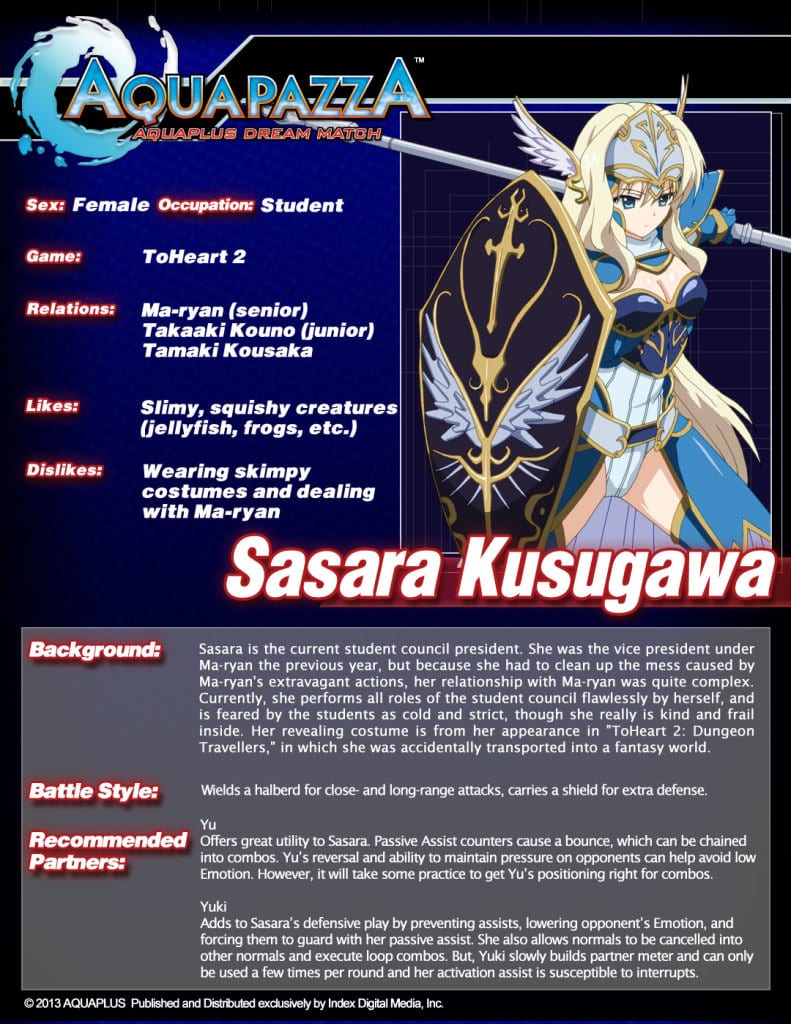