While there remains some open debate about if this latest tidbit of news is based on a completely new title or a major update for the series, it has been unveiled that Arc System Works and ATLUS are still supporting Persona 4 Arena (Persona 4: The Ultimate in Mayonaka Arena).

Until the 18th August 2013, location tests for the new installment or update of Persona 4 Arena are being held at both the Hey Arcade in Akihabara and Taito Station Nihonbashi in Osaka. It has been revealed at the new event that both Junpei Iori and Yukari Takeba have joined the character cast which currently encompasses the entire Persona 4 character cast and a selection of characters from Persona 3. Given that the events Persona 4 Arena take place several years after the events of Persona 3, both characters have received design overhauls. 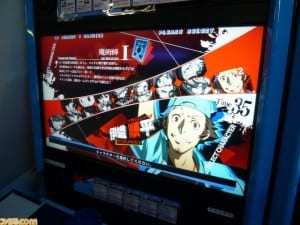 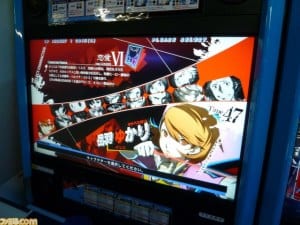 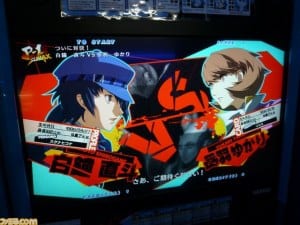 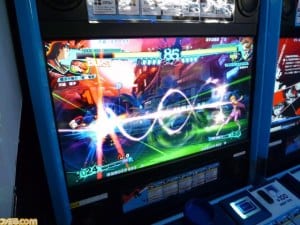 As you can see from the character select screen in the first two images, there is space for at least a couple more characters. Here’s hoping that they will include more – considering they only have two more characters (Ken Amada and Koromaru) to make the character list encompass all (alive) Persona 3 and Persona 4 party members.

No word yet on if this new update / title will be available on console releases as either an update or new title. With any luck if they choose a new title, PAL regions won’t have to wait almost a year longer than their North American counterparts.