Ubisoft Release “Everything is Connected” Infographic For Watch_Dogs 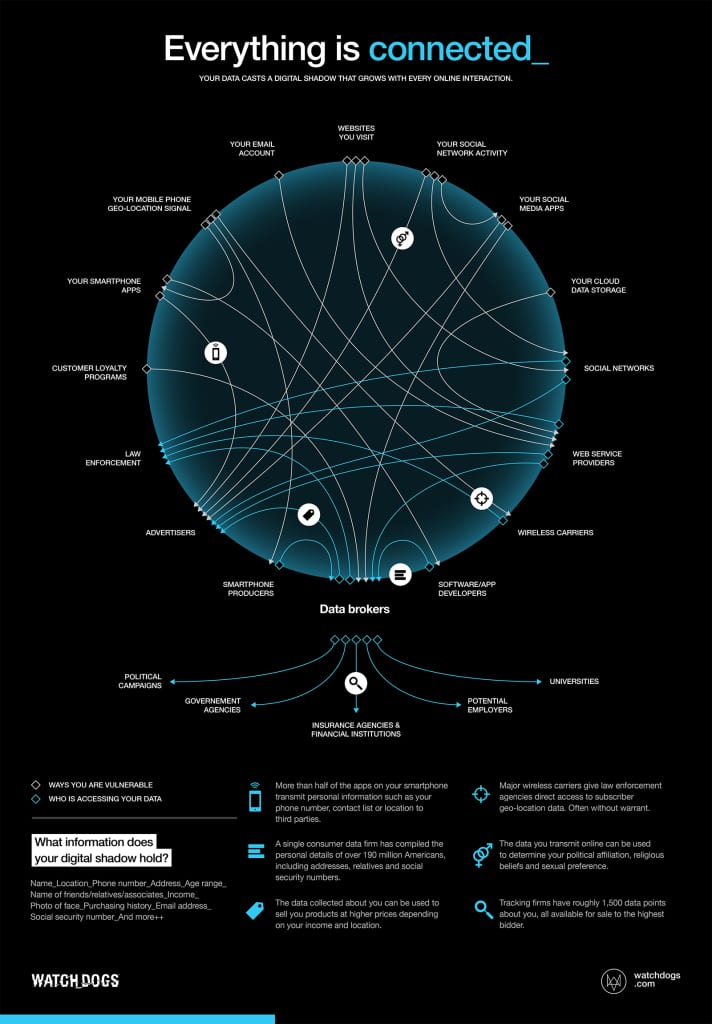 While not featuring any information on their upcoming release of Watch_Dogs, Ubisoft have today released a new infographic which titled “Everything is Connected”, highlights how through normal online interaction your “digital shadow” grows and some of the potential groups who are compiling the information associated with it.

Developed by the same studio as the long-running Assassin’s Creed franchise, Watch_Dogs is an open world action adventure game set for release on the Playstation 3, Xbox360, Windows PC and Wii U platforms in mid-November 2013 and on the Playstation 4 and Xbox One upon launch.