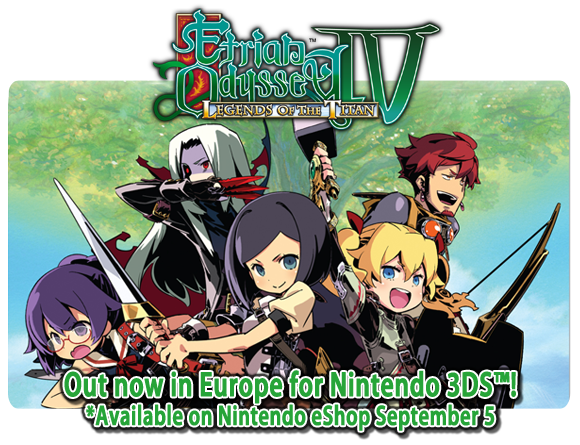 PAL regions have always drawn the short end of the stick when it comes to the Etrian Odyssey series. While the very first game in the series was released worldwide, releases ended for the PAL regions while North America and Japan went into the second, third, fourth and even the fifth major installment.

After all the waiting, Nippon Ichi Software America have come to gamers’ rescue and have picked up the rights to Etrian Odyssey IV: Legends of the Titan for the Nintendo 3DS. That game has finally hit store shelves today, with a subsequent digital media release planned on the Nintendo eShop from the 5th September 2013.

For centuries, the tree Yggdrasil has been a constant presence in the lives of the people of Tharsis. It looms on the horizon, visible from everywhere in the city. But its roots are in a far-off land where no one has ventured until the Outland Count of Tharsis sponsors an Explorers Guild to reach Yggdrasil and discover its secrets. You are the latest explorer arriving in Tharsis to seek your fame and fortune. Board your skyship and set out into the clouds in search of treasure, glory, and the answer to Tharsis’ oldest mystery.