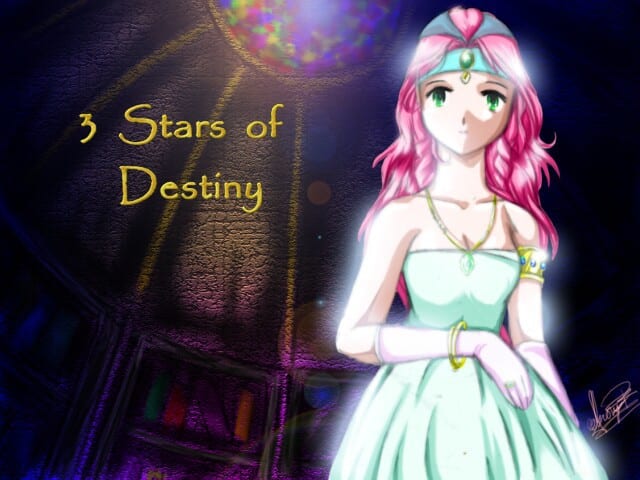 While hits have been developed via the suite for more than a decade now, it seems like many more independent developers are using RPG Maker software to develop and publish video games than ever before.

MangaGamer, the publisher of English localized visual novels have confirmed that they have added 3 Stars of Destiny by Aldorlea Games to their official online store, joining a number of other recent titles to be sold through the service. The developers promote the game as having 60 hours of playtime, 10 legendary heroes and 50 quests (So…. more than an hour per just then?).

An evil god has made a discovery. Now his attention is turned onto three youths who between them hold an unusual energy! Yet he is hindered – unable to act directly in their mortal world. In an attempt to twist the odds, he sets a deadly trap – what will happen? Is the gathering of 3 stars a simple matter of coincidence or is it… fate?