Things can get rough in post-WWIII apocalyptic San Francisco on a gumshoe like Tex Murphy. ATLUS USA and Big Finish Games have decided to team up and chronicle the adventure by publishing Tesla Effect: A Tex Murphy Adventure on the PC and Mac devices in Early 2014. The sixth installment in the PC adventure game series started as a Kickstarter project, and the team at Big Finish Games hope by that by partnering up with ATLUS, they will be able to more fully develop the first Tex Murphy outing this millennium (The last title TEX MURPHY: OVERSEER being published in 1998).

Tesla Effect begins with Tex Murphy — the down-on-his-luck gumshoe in the post-apocalyptic future-regaining consciousness on the fire escape next to his office with a gaping head wound and an injection mark on his arm. With the last seven years of his life wiped from memory, the private eye has no choice but to figure who was behind the mysterious attack and why.

The Tex Murphy franchise is definitely much beloved around the ATLUS office; a lot of us were playing Tex games before we started our careers in the games industry. ATLUS has a great penchant for stepping in to help developers bring their incredible games to market, and we are eager to breathe new life into this classic franchise. We hope that it will bring back fond memories for Tex Murphy fans as well as introduce a new generation of gamers to his one-of-a-kind humor.

The success of the Tex Murphy Kickstarter proved to us that fans were still out in the world, craving the nostalgic adventure gaming the series is known for. By partnering with ATLUS, we’re going to bring the magic of Tex to a global audience in a big way. Their continued support will help us deliver the most exciting Tex Murphy adventure yet. 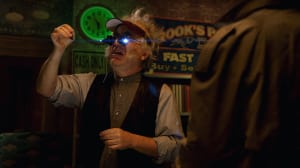 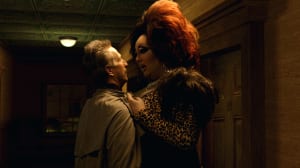 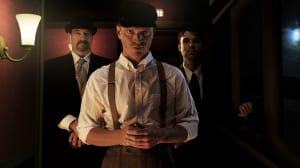 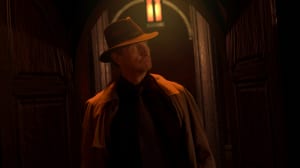