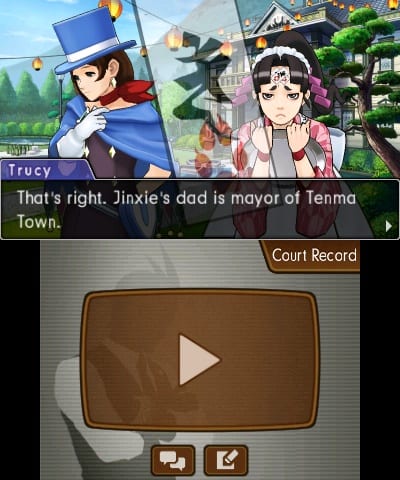 While unfortunately there is not be an international retail release unlike all other Nintendo DS installments, the Ace Attorney series is finally headed for the Nintendo 3DS after quite a few years of the series remaining stagnant. The game comes in the form of Phoenix Wright: Ace Attorney – Dual Destinies, which is set to see Phoenix Wright return as the main protagonist along with a character cast both new and old.

Trucy Wright – young magician, up and coming Attorney and adopted daughter of Phoenix Wright returns in the latest case to be revealed in Phoenix Wright: Ace Attorney – Dual Destinies. Trucy and Apollo Justice attend an event in the village of Nine-Tales Vale and meet Trucy’s friend, Jinxie Tenma who works as a maid at the mayor’s mansion. Disaster strikes as a murder is discovered. The only clues to be found are a collection of feathers and strange footprints. Could this be the workings of the legendary demon Tenma Taro? It’s over to the Wright Anything team to solve the case. 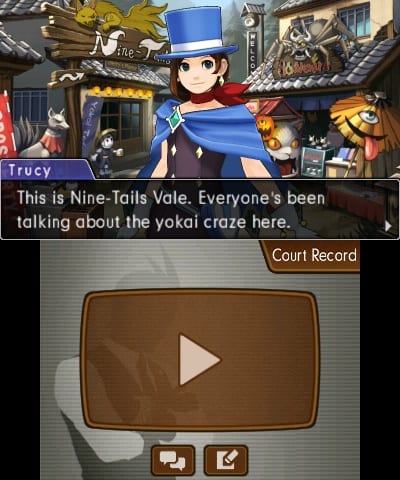 As the story unravels players will meet the usual set of unique characters that you would expect from the series, ranging from Phineas Flich, the mansion’s caretaker to new detective on the scene Bobby Fulbright. Players will need to use all their investigative skills to search crime scenes for clues, present and review the evidence in court and challenge witness testimonies using the all new ‘Mood Matrix’ function.

As mentioned above, Phoenix Wright: Ace Attorney – Dual Destinies is headed for a digital-only release via the Nintendo eShop later this year. It is set to be a Nintendo 3DS exclusive title.