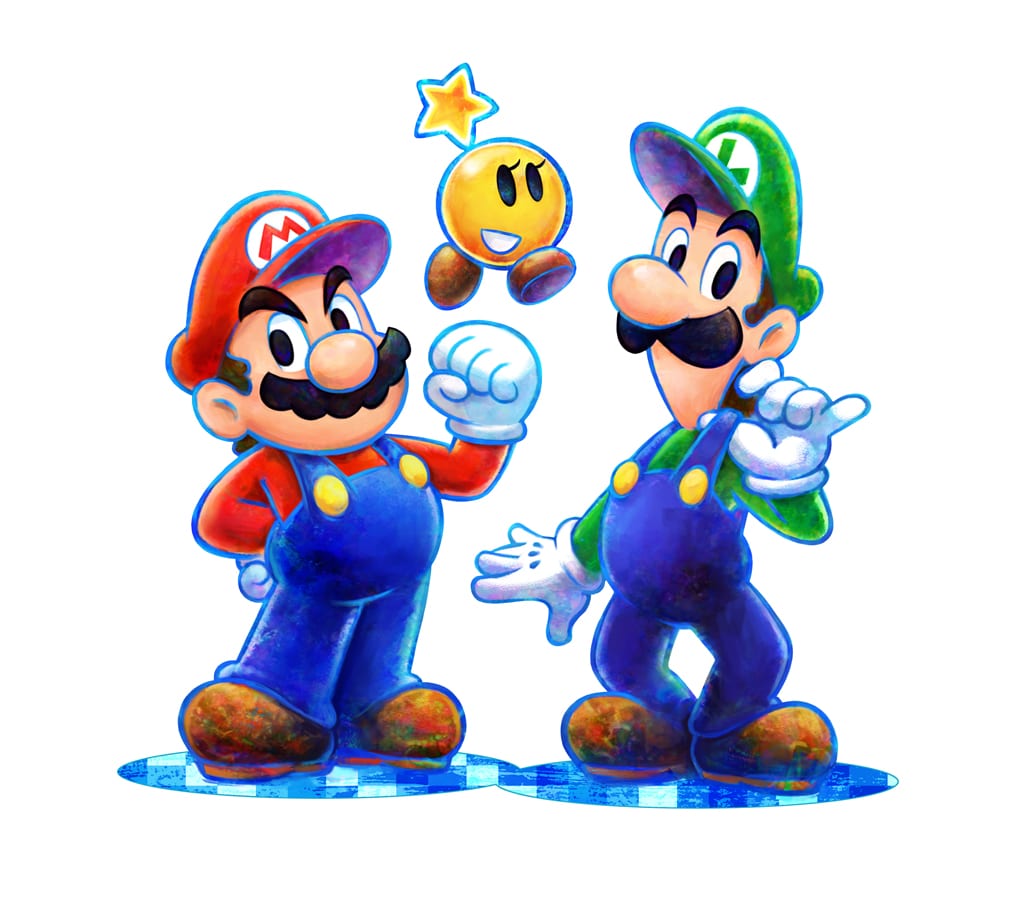 Back in 2003 for the Gameboy Advance, Nintendo and AlphaDream teamed up to develop a side-scrolling platforming / RPG hybrid title by the name of Mario & Luigi: Superstar Saga. With a merger of a comical but still engaging storyline, some great visuals for the time and a solid gameplay system – it was one of the highlights of the GBA exclusive range of titles, and has since spawned the Mario & Luigi series which has since expanded onto the Nintendo DS with in my opinion mixed reception to me.

Either way, Nintendo confirmed several months back that the series will be receiving a fourth installment, titled Mario & Luigi Dream Team Bros for the Nintendo 3DS. Today they have further clarified the the game’s release date has been set for the 13th July 2013. This time around the brothers are both back, where the question is asked if the brothers can defeat enemies in their sleep…. as this adventure is set on both an island near the tealm of the Mushroom Kingdom and within the dream’s of Luigi. 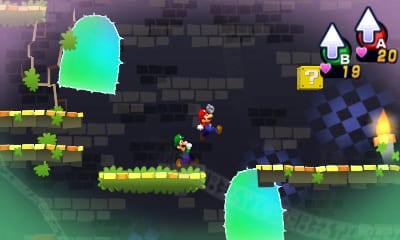 The story opens with Princess Peach and her staff, plus brothers Mario and Luigi in tow, being invited for a sightseeing trip to the mysterious Pi’illo Island by its equally mysterious proprietor, Dr Snoozemore. But after an initially hospitable welcoming to the island – albeit with Dr Snoozemore noticeably absent – things take a turn for the worse when Princess Peach is kidnapped and pulled into a Dream World by a new enemy in the series, the ghostly bat king Antasma. To chase down this new foe and rescue Princess Peach, Mario must enter this Dream World through the dreams of a sleeping Luigi, whose brain is revealed to be on a wavelength with the population of Pi’illo Island, the Pi’illo Folk. Alternating between Luigi’s Dream World and the real world, Mario and Luigi must solve puzzles, battle enemies, and even interact with creations of Luigi’s own imagination in order to succeed!

The relationship between the real world and Dream World plays a critical role within the game. While roaming the Pi’illo Island environment in the real world, Mario and Luigi need to combine equally to use trademark Bros. Moves, while in the Dream World, it is the power of Dreamy Luigi that is all-important in supporting Mario. For example, Luiginary Works are magical ways in which the player can interact with the Dream World environment through Luigi’s sleeping form. Whether it is tweaking Luigi’s moustache or scratching his nose on the bottom screen of the console, this interaction provokes a reaction in the Dream World, affecting the environment to the benefit of Mario. 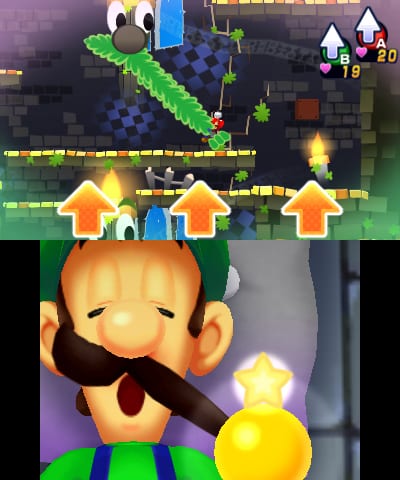 In the Dream World battle sequences, the power of Dreamy Luigi once again comes to the fore when a horde of Luigis power up Mario to create formidable Luiginary Attacks, moves which greatly differ from the trademark Bros. Attacks in the real world, and which make use of the capabilities of the Nintendo 3DS or Nintendo 3DS XL consoles in original ways. As an example, one Luiginary Attack comprises Mario riding on top of a ball of Luigis, with the player using the motion controls of the console to navigate the ball’s course to crush the enemies that lie ahead. Whether attacking, counterattacking or dodging in battle, the 3D capabilities of the console are also critical for players to judge perfectly timed actions.

When a battle is won, the levelling-up mechanic in-game follows a classic RPG formula, with experience points earned, improving common attributes such as health points and power, plus the addition of classic franchise attributes such as Bro Points – needed to perform special attacks – and STACHE – influencing the chance of Mario or Luigi scoring a critical hit in battle – remaining in this latest instalment in the Mario & Luigi series. Also following previous games in the series is a badge reward system, whereby both brothers can find or buy badges in-game that can be combined to earn the brothers useful rewards after certain actions – such as performing ‘excellent’ attacks – are carried out in battle. For those new to the series meanwhile, hint messages, an easy mode and a slow attack mode will help players get to grips with the battle sequences.