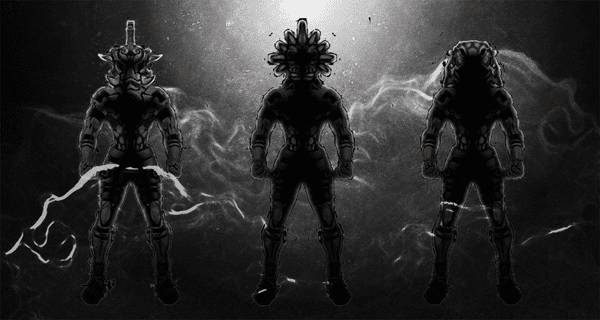 Independent-minded publisher XSEED Games have today announced that their music and real-time strategy rhythm game ‘Orgarhythm’ is now available in North America on the Playstation Network as a digital download exclusively for the Playstation Vita. The game comes with a retail price of $29.99. Developed by Japanese studio ACQUIRE in conunction with Neilo (The new studio founded by Takashi Hirai who you may know from Space Channel 5 and Rez), Orgarhythm sets itself to offer a unique gameplay experience where rhythm and sound act as the user interface and traditional real-time strategy elements are blended with touch-screen prompts to create a one of a kind handheld experience.

In Orgarhythm, players are tasked with protecting their god from attack by opposing armies, and use a series of taps on the screen in rhythm to the beat to issue commands and gather their forces. Playing as the God of Light, players will battle the forces of the God of Darkness by deploying elemental soldiers for rhythm-based attacks synced to a hypnotic mix of rock, club and tribal music.

Players take control of their followers in Orgathythm through a series of rhythmic inputs where different attacks can be unleashed by matching or manipulating the beat, making the game’s catchy soundtrack dynamic to user input. Each unit type is based on one of the three elements of Earth, Water and Fire, and each elemental troop has a “rock, paper, scissors” relationship with the opposing enemy elements. To maximize their advantage in combat, players must effectively manage these traditional strategy elements while keeping beat with the music. Four attack types can be employed strategically in battle, and as more units enter the battle, the game music expands with additional layers of music.

Control in Orgarhthm is completely touch-based. Players use three taps to choose a specific unit and attack type, then a swipe of the finger across the screen to choose position and formation. Using the same interface mechanic, players can also unleash their divine powers to boost attack, defense and healing, or slow down enemy troops. Orgarhthm features twelve maps, which never play the same way twice as the game’s AI remembers previous battles and adjusts its attack strategies accordingly.

The game also includes both versus and co-op two-player modes via ad-hoc network play. In co-op mode, control of the God of Light’s soldiers is shared, and in versus mode one player commands the forces of the God of Darkness.