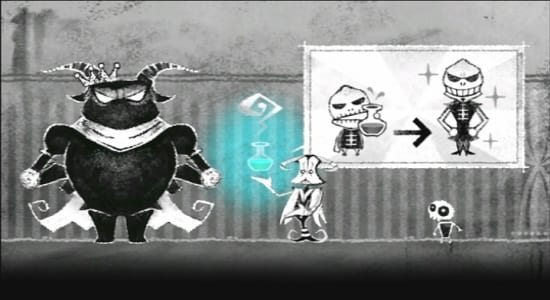 While some may consider the Playstation Vita to have underachieved when it comes to exclusive titles in comparison to what it could have been… some developers have embraced its capabilities in order to bring games which the Playstation Portable might not have been able to handle. From Persona 4 Golden which has been able to include new features whilst not omitting features as it was with Persona 3 Portable to Gravity Rush which utilized the consoles Gyrosensor and other controls to allow players to manipulate gravity – while the console might not match the sales of the PSP just yet there is a slowly growing library of interesting titles.

You can also add Dokuro to the list of interesting titles for the PS Vita. As the first title released by the newly formed GungHo Online Entertainment America, Dokuro is a smaller title with a cheaper price and what it doesn’t offer in terms of replayability it makes up for in challenge and bringing an enjoyable experience to your console.

You play the game as the main character Dokuro, a stoic and diminutive skeleton who originally served as a minion in the Dark Lord’s army, only to leave the position in order to rescue the Princess and aid her escape from his castle. The storyline is simple and serves to simply warrant the fact you are traversing a castle with a Princess who can only walk straight forward. 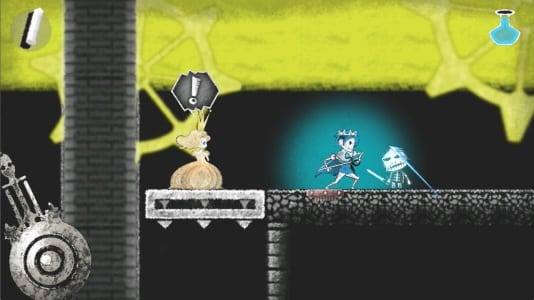 The gameplay primarily consists of  approximately 150 bite-sized side-scrolling platformer areas which at the beginning can take you only a minute or two to solve while in the later levels can take you considerably longer to crack. As you progress, the stages get increasingly complex but fortunately unlike Eryi’s Action which I recently reviewed – it is less frustrating and requires more logic than anything else. The challenging element is that your goal is not to get to the end of the area yourself but get the princess to the end – which can be challenging considering if you give her a chance she will walk right across the stage even if there is a blatantly obvious trap infront of her.

Dokuro has two forms which can be changed through tapping the touchscreen –  a normal form which can perform basic tasks and knock enemies around and a heroic form unlocked through a blue potion early-on which allows him to attack on-screen enemies which are after the princess and carry her thus avoiding some of the traps that may stand between her and freedom. The game progressively unlocks different coloured chalk which allows you to use the touch screen to perform different tasks critical to the stages ahead from the white chalk which you can attach platforms and boulders to a rope to red chalk which is inbued with the power of fire. Both of these elements are generally puzzle focused and didn’t seem to give any easier way to win later down the track. 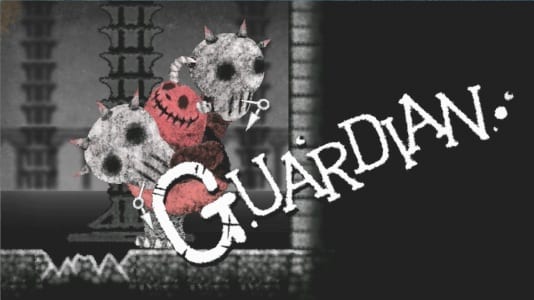 As with many other side-scrolling platformer, the game does come with a number of different boss battles which proved some challenge and as with the later stages as you progressed got increasingly more challenging and did test your skills and knowledge of the games systems without necessarily having to worry about the princess. Aside from this, you are looking at quite a few hours to be put into this game with some very creative albeit frustrating stages, lots of jumping, required accuracy, planning / strategizing and occasionally getting annoyed at a princess oblivious to the trap that stands mere steps away from her.

Unfortunately where the game lacks value is its replay value, unless you wish to unlock the games Platinum Trophy.

Aside from the gameplay one of Dokuro’s main draws is its overall aesthetic, with an overall dull chalk feel to it. Akin to the previously released PS Vita game Sumioni which utilized the sumi-e / ink art style to its advantage, the duller blackboard / chalk look of Dokuro is something unique and worked with the minimal use of colour to highlight characters and areas of interest. While it might not be up to a standard I would expect from a console game, given the games portable console focus the character and environment designs work well with what they set out to do. 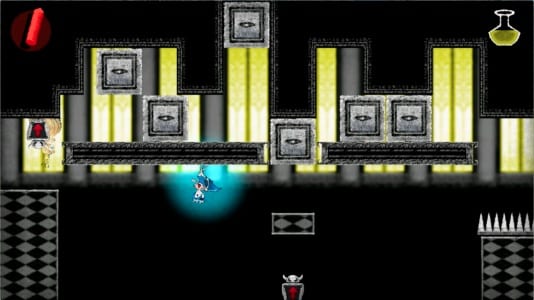 There is no voice acting in Dokuro, with any speech presented during the cutscenes presented in subtitles. Fortunately there is music in this game and while simple proved to work well with the design to deliver an overall interesting mood and feel to the game.

As I began my love of gaming with platformers – I am always out to see what else companies will do with the genre even offering my 2nd Place Game of the Year 2011 award to Rayman Origins. While Dokuro is unlikely to walk away with the same award this year, taking into account its price and other factors I think you are looking at potentially a good dozen or so hours worth of gameplay with plenty of puzzles and platforming contained in this title. I could happily recommend this game to fans of those two genres.

Dokuro is now available as a digital download in North America, with a European release set for later on.