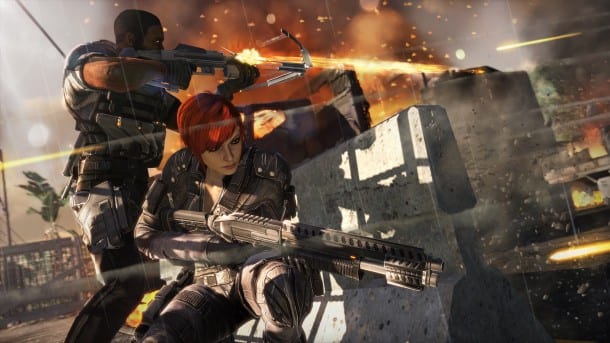 What happens when humans take possession of volatile alien technology they were never meant to have?

Electronic Arts and Insomniac Games have announced Fuse, a 4-person co-op action shooter that thrusts players into the roles of four elite, covert agents with their own unique skills and experimental weapons. Formerly known as Overstrike, Fuse allows gamers to play as Dalton Brooks, Izzy Sinclair, Jacob Kimble or Naya Deveraux as they fight to protect mankind from a deadly alien energy source known as Fuse.

Fuse is the first multiplatform release from Insomniac Games, a developer known for creating AAA blockbuster franchises like Ratchet & Clank and Resistance. Fuse is scheduled to launch in March 2013 in Australia and New Zealand (Along with similar dates in other locations around the world). The game will be a multiplatform release for the Playstation 3 and XBox360.

Fuse is a 4-person co-op, story-driven, action game where even solo players can experience the unique attributes of each agent by using the game’s LEAP feature to switch between the four characters at will during combat. Each agent is equipped with unique skills and weapons not only integral for survival, but that also allows for unexpected and extraordinary results. Experimental Fuse weapons are powered by a volatile alien substance that gives players unique capabilities that expand their strategic options in and out of combat. Through lethal teamwork, players can complete objectives and kills to earn Fuse points for powerful upgrades. Players can also play online or offline and level up along unique character paths, allowing players to unlock more powerful Fuse-driven abilities as the game progresses. In addition, the game’s progression system is unified between different play modes, allowing players to continue improving their agents regardless of how they play.

In Fuse, the members of contact team Overstrike 9 attempt to thwart a rogue paramilitary organization called Raven from stealing the Fuse source located deep within a classified government facility. Overstrike 9’s pursuit of Raven will take them around the world, from the fortified desert facility to underwater bases, island strongholds, icy mountain peaks, palatial hideouts and beyond. Later, as the team closes in on Raven, another more sinister enemy reveals itself as a truly horrendous global threat. 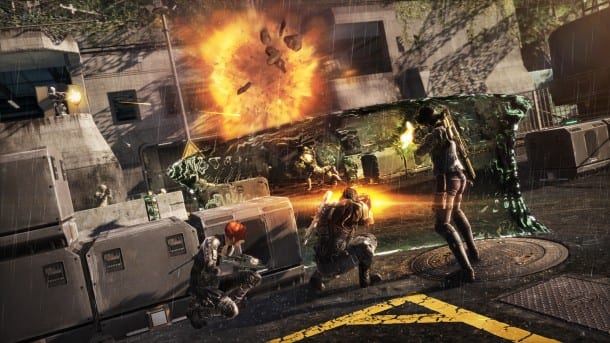 Fuse demonstrates what Insomniac does best: outlandish and gruesome weapons design, over-the-top action and a touch of humor. We’re especially excited to see how players utilize lethal teamwork by combining their Fuse weapons to stop a deadly arms race.

EA is honored to be working with world-renowned developer, Insomniac Games, to bring their first multiplatform release to players everywhere. This studio is known for delivering high-quality, action-packed, and most importantly – fun – games. Fuse is on target to deliver that and more in March.