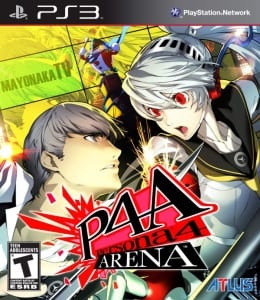 ATLUS USA have today officially released the proper cover art for their upcoming Playstation 3 and XBox360 game release of Persona 4 Arena, a fighting game based on the successful Playstation 2 RPG “Persona 4”. Unlike the original showcased cover artwork which was simply black with the games logo on it, this one is actual a bit more of a surprise. Instead of featuring all the games main characters they have chosen to feature the protagonist (Yu Narukami) fighting a game-exclusive character Labrys.

Persona 4 Arena is due for release on the 7th August 2012 by ATLUS USA. Those of pre-order will be able to get their hands on an Arranged Soundtrack CD at select retailers while stocks last.