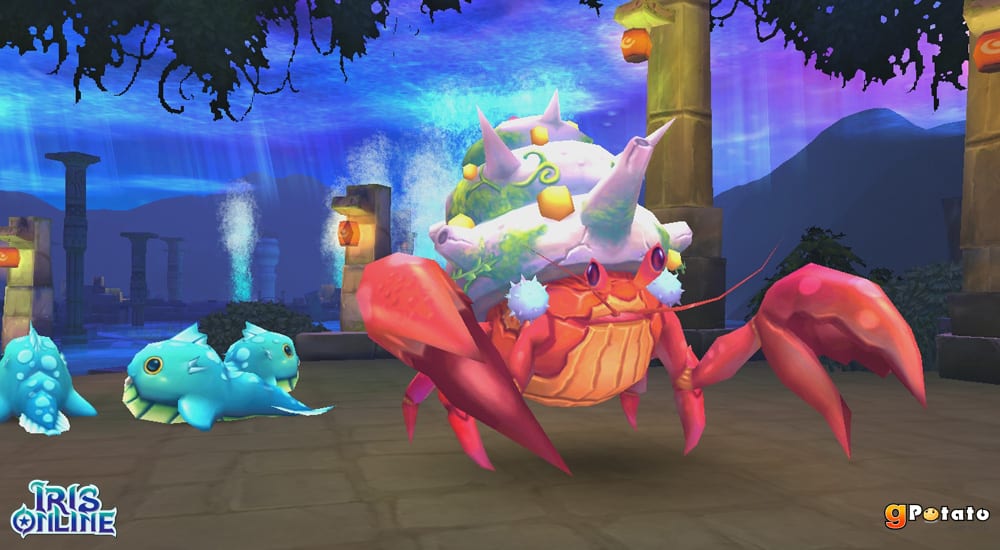 GPotato’s release of Iris Online has just recieved a new update in the form of the “Lost Temple of Atlantis” expansion. Prepare to free Arcana from the tyranny of endless armies with new zones, new items, new quests, a level cap increase (75) and a brand new “The Lost Temple of Atlantis” dungeon – all of which are available now on their servers.

The lords of the Sahar Army have been defeated, but a new threat arises! The portal to the Lost Temple of Atlantis, a once glorious kingdom sunk into the sea by the Sahar, has been opened. Players must now enter the lair of Arcturis, the temple guardian, and join forces with other heroes to retake this new dungeon! Treasures like the Wrath Rod and Wicked Blades await deep in the lost temple.

The mainland has also fallen victim to the Sahar with four new zones for players to liberate. Dozens of new quests will guide players to new regions like the Abysmal Shore, a once blessed forest now home to wild and dangerous creatures. Adventurous heroes will find their way to the Sandfall Desert, a mysterious archaeological excavation site and the rumored home of a long-buried ancient foe. Meanwhile the lost regions of Pandahama Island and Pandan Cove, laid waste by the invading Sahar Armies, wait for righteous saviors to liberate them from their enemies.

The heroes of Arcana will receive great rewards for their efforts with several events beginning today! Treasure boxes have been distributed to all the land’s vilest beasts. Only the keys hidden in the depths of each dungeon can open these boxes to reveal costumes, dungeon initializing cards, and change to NPC cards! Plus, players will receive double the EXP and SXP from now until April 29, while for two days beginning April 28, item drop rates will be boosted to 100% and enhance rates to 150%!