It has been a few weeks since I last discussed our favorite  Playstation 3 game that is all about reading the mind of a bunch of anime-style cuties and bending it to your will all through the power of a supernatural yPhone app. While we have seen plenty of trailers for the game, most of the recent ones being focused  upon a single girl – but with the games release imminent, it turns out that Compile Heart who are developing and publishing the game in Japan will be releasing a number of pre-release trailers which doesn’t remain focused so much on the gameplay – but instead on all the characters and the designs.

The game is due for release on the 23rd February 2012 in Japan exclusively for the Playstation 3. There is no word on if there will ever be an international release… I somehow have my doubts.

As what could be one of the final AAA first-party games for the PlayStation 4, Ghost of Tsushima ended this generation on...
Read more
Video Games

While a good portion of the content in Genshin Impact can be done solo, with hopefully more community driven content to be...
Read more
Video Games

On 12 November 2020, Ubisoft will be releasing their next annual instalment in the Just Dance franchise - Just Dance 2021 -...
Read more 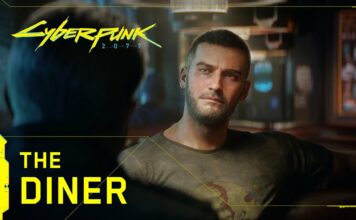